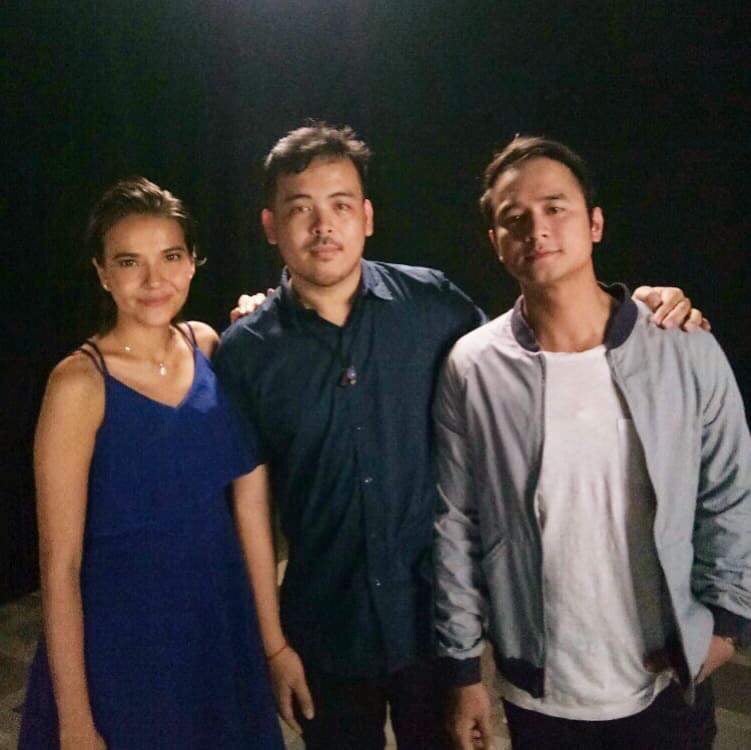 Villanueva first revealed the cast through his social media accounts.

He told CDN Digital that it is an honor to work with popular celebrities like De Guzman and De Rossi.

(I feel pressures because they’re very good at what they do.)

The Kapamilya star won Best Actor in 17th Gawad Pasado Awards in 2015 for his performance in the movie, “That Thing Called Tadhana.”

He also topbilled television series in ABS-CBN. To name a few are “Pamilya Ko”, “Araw Gabi”, and “All of Me.”

For De Rossi, she is the leading lady of Empoy Marquez in the 2017 movie, “Kita Kita.”

The film was named as the highest-grossing local indie movie in 2017 hitting more than P300 million in the box office.

She also starred other films such as “12” and “Through Night and Day.”

“Lucid” is is written by Natts Jadaone and produced by Project 8 Corner San Joaquin Projects, the same producer of 2019 film, “Alone /Together” headlined by Liza Soberano and Enrique Gil.

(Right from start, we already imagined that both will lead our movie. I am so happy that they accepted the roles.)

Villanueva is still holding other details of “Lucid” since they have not finished filming yet.

But with De Guzman and De Rossi as the lead actors in his movie, the Cebuano director is looking forward to how the two actors will collaborate in the movie.

He described De Rossi as a very nuanced actress while De Guzman as a charming and versatile actor.

“Lucid” is also Villanueva’s comeback film in this year’s Cinema One Originals after eight years.

The Cinema One Originals is an annual independent film festival in the country.

His first Cinema One Originals movie was the “Paranormal Romance” in 2011.

“Patay Na Si Hesus” was an award-winning entry of Villanueva which bagged the Jury’s Choice Award during the Pista ng Pelikulang Pilipino (PPP) in 2017.