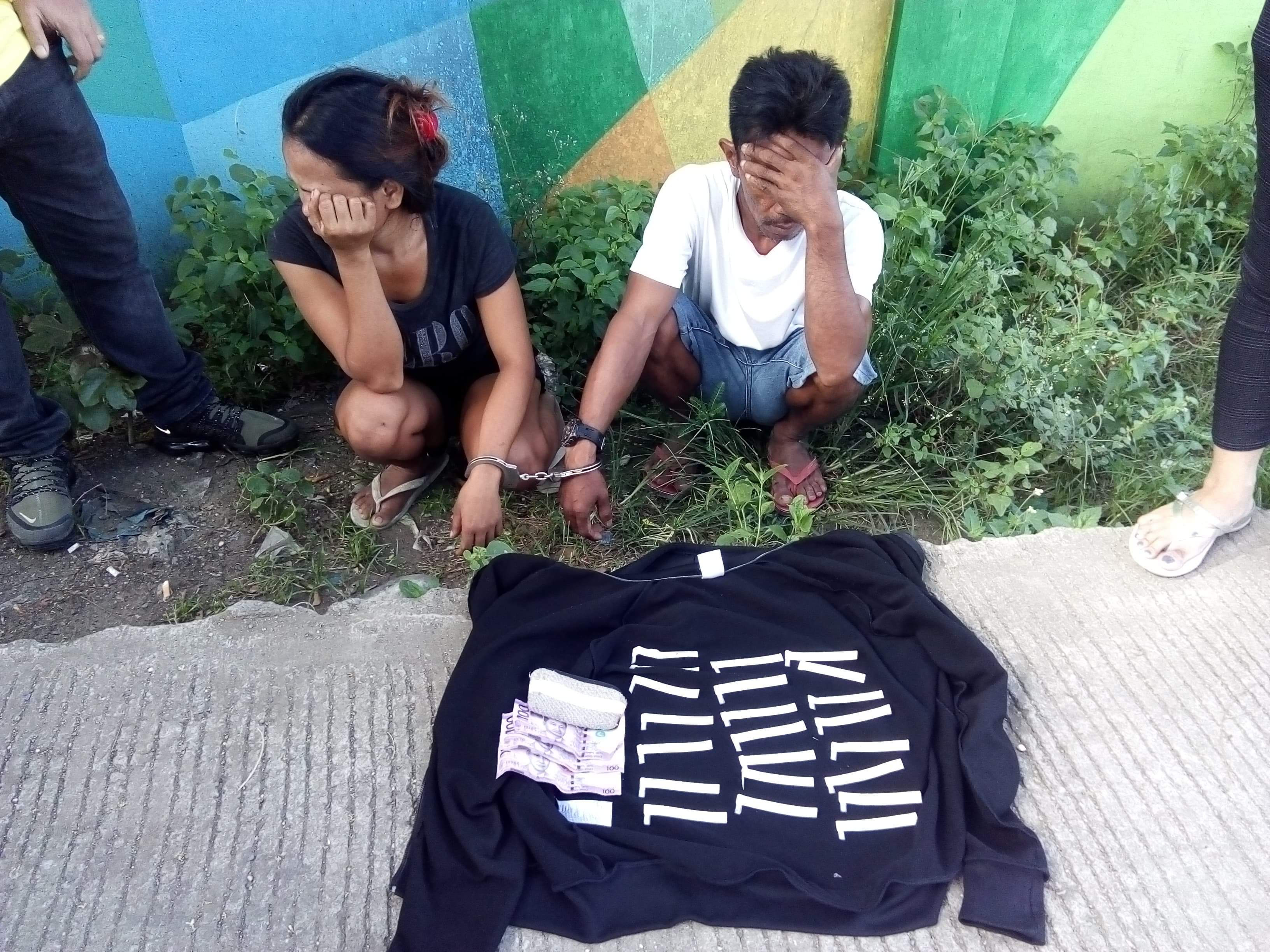 LAPU-LAPU CITY, Cebu — Three persons, who are in the police drug watchlist, were arrested by authorities in two separate buy-bust operations on Saturday morning, September 7.

Aying, also a resident of the same barangay, was arrested with 27 small sachets of illegal drugs in his possession with an estimated Dangerous Drugs Board (DDB) value of P7,344.

Aldwin Pantino, 36, and his cohort Marinel Bruces, 27, both residents of Sitio Sudtunggan in Barangay Basak, were arrested in a drug operation with 22 small sachets of suspected shabu (methamphetamine) with a DDB value worth P7,480.

The three are currently detained at the Mactan Police Station. / celr

Read Next
DOJ rejects 3 OSG witnesses in sedition raps vs Robredo, 32 others