Dumanjug police: Slain councilman was a Tokhang surrenderer but had no link to drug trade after village polls 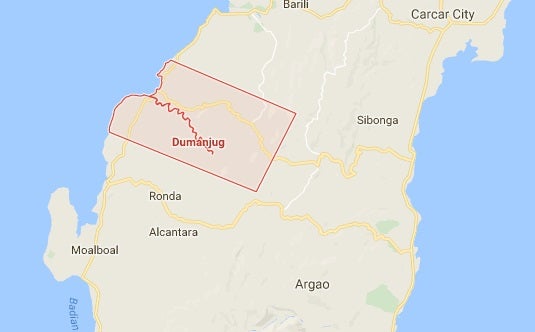 CEBU CITY, Philippines — The Dumanjug town police said that slain Paculob Barangay Councilman Joselito Aninon was a drug surrenderer of Operation Tokhang in 2016, and this was being looked into as one of the possible motives in his killing in the town on Tuesday, September 10, 2019.

Police Staff Sargeant Sylvester Zulueta, the desk officer of the Dumanjug police station, told CDN Digital by phone on Wednesday that the results of the initial investigation conducted by Police Chief Master Sargeant Elvin Eleccion, the case investigator, showed that Paculob was considered a high value target in the area before he was elected as councilman of Paculob  in the 2018 barangay elections.

“Part man na siya sa among watchlist dinhi bisan pa bag-o siya nakonsehal. (He was part of the watchlist in Dumanjug even before he was elected as barangay councilor in 2018),” said Zulueta.

He said Aninon was among the residents of Pacubo who gave themselves up at the height of Operation Tokhang, or Toktok Hangyo (knock and ask),  the massive anti-drug campaign initiated by the Philippine National Police after President Rodrigo Duterte was elected into office in 2016, where residents linked to illegal drugs voluntarily turned themselves over to the police and promised to no longer engage in the illicit trade.

However, there has been no report of him going back to the illegal drugs trade since he was elected councilman in 2018, added Zulueta.

The barangay councilor was watching a volleyball game in Barangay Ylaya, lying on a bamboo bed, when an unidentified person wearing a mask rode by on a motorcycle past 6 p.m. on Tuesday.

The suspect stopped near Aninon and shot him twice, in the shoulder and in the face, before he fled to unknown direction.

Aninon was rushed to the Barili District Hospital, but expired before reaching the hospital.

Zulueta added they were also looking at personal grudge as another likely motive because Aninon allegedly figured in a disagreement with a friend recently.

Police Brigadier Debold Sinas, the director of the Police Regional Office in Central Visayas (PRO-7), said he has directed the Dumanjug Police to thoroughly investigate the incident.  /elb