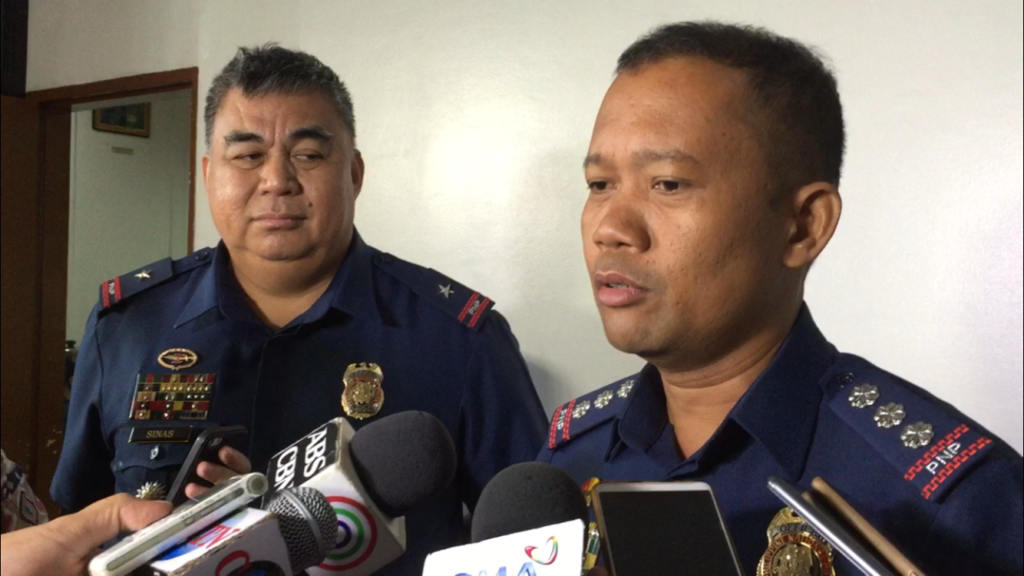 Police Colonel Lito Patay (rightmost), the head of the Criminal Investigation and Detection Group in Central Visayas said that their raid of a Chinese company in Lapu-lapu City on September 5 was legal. | Delta Dyrecka Letigio

CEBU CITY, Philippines — Police Colonel Lito Patay, the head of the Criminal Investigation and Detection Group in Central Visayas (CIDG-7), said their raid of a Chinese company in Barangay Mactan, Lapu-lapu City, Cebu on September 7, was legal despite claims of the Xin Huang Jin Chen Co., Ltd., Inc. (XHJC) that the raid had no legal basis.

He said that during their surveillance, they found out the establishment catered to Filipino client.

“First and foremost, our operation is in support to the wisdom of President Rodrigo Duterte that Pogo are allowed in the country to generate income. We conducted the raid because they do not have a Pogo license, and they are competing with the legal Pogos in Cebu,” said Patay.

He said the XHJS could only present a  Customer Relations Service Provider license from the Philippine Amusement and Gaming Corporation (Pagcor) and they used this as a “front” to allegedly conduct their illegal POGO activities.

Patay said that because the company hid its real operation behind a supposed business outsourcing process (BPO) firm, they tricked the local government and its residents into believing that it operation was legal.

Currently, the 200 employees of the XHJS, most of whom are Chinese nationals, are under the custody of CIDG-7, and the cases against them have been filed by the police before the Office of the City Prosecutor in Lapu-lapu City for violation of Presidential Decree 1602, which prescribes stiffer penalties for illegal gambling, in relation to  Republic Act 10175 or Cybercrime Prevention Act of 2012,.

A resolution has not been released by the Prosecutor on whether  or not the CIDG-7 can continue to detain the 200 Chinese, Thai, and Korean nationals working for XHJS.

Until then, Patay said these employees will stay under their custody as they await the decision of the Prosecutor.

Police Brigadier Debold Sinas, the director of the Police Regional Office in Central Office (PRO-7), said that if the XHJS has a Pogo permit, they should present to the Prosecutor Office as a proof.

Sinas likewise asserted that the CIDG-7 raid was legal because they came armed with a search warrant.

Should  CIDG-7 be accused of committing lapses in implementing the search warrant, the CIDG national office should be the one to investigate the matter.

“The question on lapses are administrative matters and should be forwarded to the national office (CIDG),” said Sinas./elb