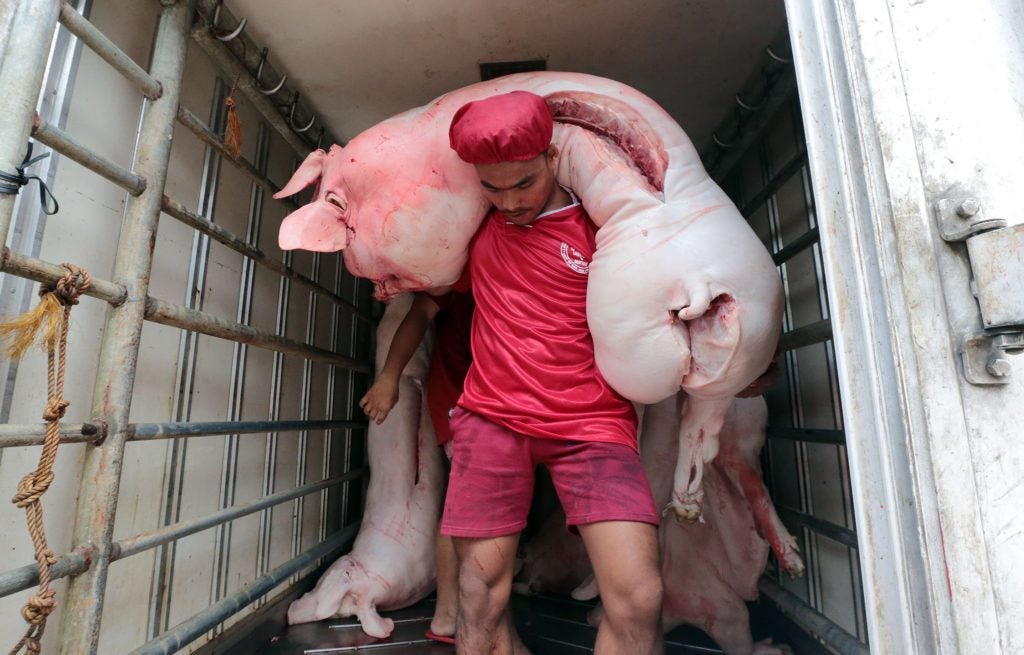 Pork and pork products coming from Luzon will no longer be allowed entry at the ports of Cebu.| Inquirer photo

CEBU CITY, Philippines — Cebu City Mayor Edgardo Labella has ordered a ban on the entry of pork and pork products from Luzon following the confirmation of the presence of the African Swine Fever (ASF) in some of the provinces there.

Labella signed his executive order on Friday, September 13, copies of which were furnished to the media on Saturday, September 14, to prohibit the local sales and display of these products.

The mayor’s EO also prohibits restaurants in the city from selling leftover food to hog raisers.

At the same time, Labella said that he also wanted to find means to help subsidize the cost of feeds for the affected hog raisers while the ASF threat remains.

“There is an urgent need for the Cebu City government to prevent the entry of the ASF virus into the city and the rest of the province and save local backyard and commercial hog raisers from losses due to death of pigs,” the mayor’s EO says.

Labella said he wanted to protect the city’s P2 billion hog industry from the ASF to also protect the local hog growers and consumers.  He said that he would not want the city government to resort to the killing of at least 5, 000 pigs now grown in the here.

The Department of Agriculture (DA) recently confirmed that the ASF caused the death of pigs in the provinces Rizal and Bulacan.

Labella said he ordered for receptacles to be placed at the ports of Cebu City to store confiscated pork and pork products, including the hand-carried ones, that enters the area.

Meat Inspectors from the Department of Veterinary Medicine and Fisheries (DVMF) are tasked to implement Labell’s EO.

The EO says that moving cargoes containing live hogs that fail to comply with the quarantine requirements will not be allowed to disembark at the ports of Cebu City. Instead, these will be ordered for return to its point of origin. | dcb