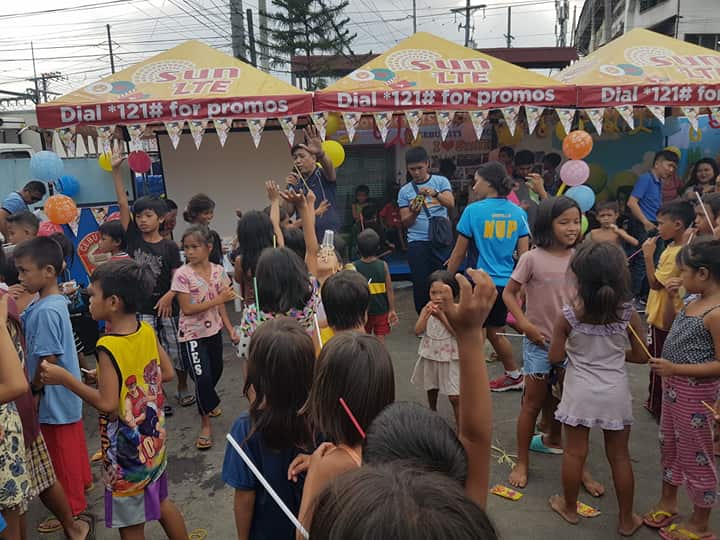 Street children from Barangay Ermita, gather in front of the Carbon Police station on Sept. 14, 2019 for the launching of the police’s program called ‘Children’s Haven.’ | CDND Photo/Alven Marie Timtim

CEBU CITY, Philippines — If you cannot bring the children to school to learn “good manners and right conduct,”  bring the school to the children.  To street children, that is.

The policemen assigned to the station in the densely-populated  Carbon Market area in Barangay Ermita, Cebu City, know this very well: Children get in conflict with the law because they have little or no schooling and have not been taught right from wrong.

The project, initiated by Police Captain Alvin Arsula Llamedo,  chief of the Carbon police  or the Police station 5 of the Cebu City Police Office (CCPO),   was launched in front of their station on Saturday afternoon, September 14, 2019.

Children’s Haven,  which mainly involves the street children in Barangay Ermita,  aims to give fun lessons about “good manners and right conduct,” or GMRC, as well as how to follow the rules of the country to these children.

Llamedo came up with the project and suggested it to his officers after he noticed that a lot of minors from the area were already involved in criminal activities — from petty crimes like picking pockets to the more serious offense of  serving as a drug courier.

(We arrest these children, do a profiling and then we turn them over to DSWD. After that, there is no intervention done by the police except to undergo the same process if we arrest them again.)

Llamedo  hoped that by teaching them GMRC,  the street children will grow to become respectful young citizens of the community as well as lessen the crime rate involving minors.

(I don’t want any criminals that would involve these children; that would be my goal.)

Llamada added that aside from the good values they would teach the children, they have sought the help of volunteer educators and religious groups to help them teach literacy and spiritual disciplines to the street children of Ermita.

They will be taught not just how to show respect for elders but also basic hygiene, he added.
More importantly, Llamada added, these children will also get lessons about the infractions that street children often commit without realizing that they have been committing crimes; and why these are crimes in the first place.

The ‘Children’s Haven’ project will be held every Saturday of the month, starting on September 14, at the grounds of the police station. /elb