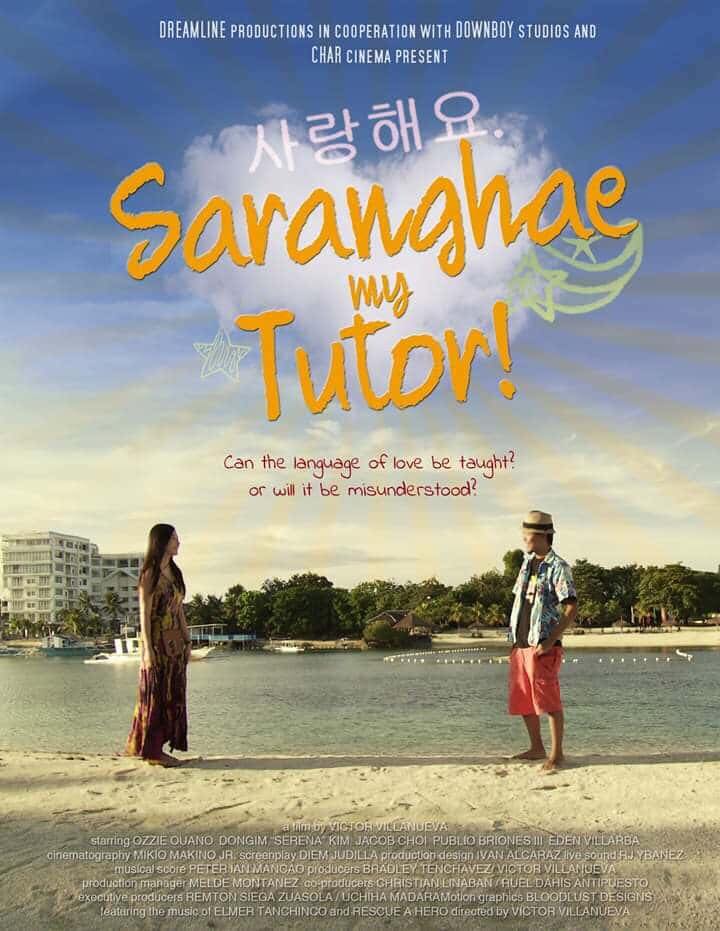 “The film brings back a lot of good memories as this was technically my first short film since I was discovered in the industry. My calling card in a sense,” Villanueva told CDN Digital.

“Saranghae my Tutor” is a 2012 romantic comedy short the film that tackles language barriers. This centers on Koreans, who come to the Philippines to learn the English language. The short film is headlined by Ozzie Ouano, Dongnim “Serena” Kim, Jacob Choi, Publio Briones III, and Eden Villarba.

The film is categorized under the Directors Showcase or films made by renowned Filipino filmmakers. These films tackle Korea-related concerns like domestic and international migration.

According to its official Facebook page, the Korea Pinoy Film Festival is a three-day special event in Seoul that showcases films in commemoration of the 70th year of Korea and the Philippines’ bilateral relations. This is also part of the celebration of the Centennial Year of the Philippine cinema.

Villanueva is the filmmaker behind the “Patay Na Si Hesus” which was part of the Pista ng Pelikulang Pilipino (PPP) 2017 and won the Jury’s Choice Award.

In 2016, it bagged the movie won the Audience Choice Award and the Gender-Sensitive Film during the QCinema International Film Festival. \ dcb