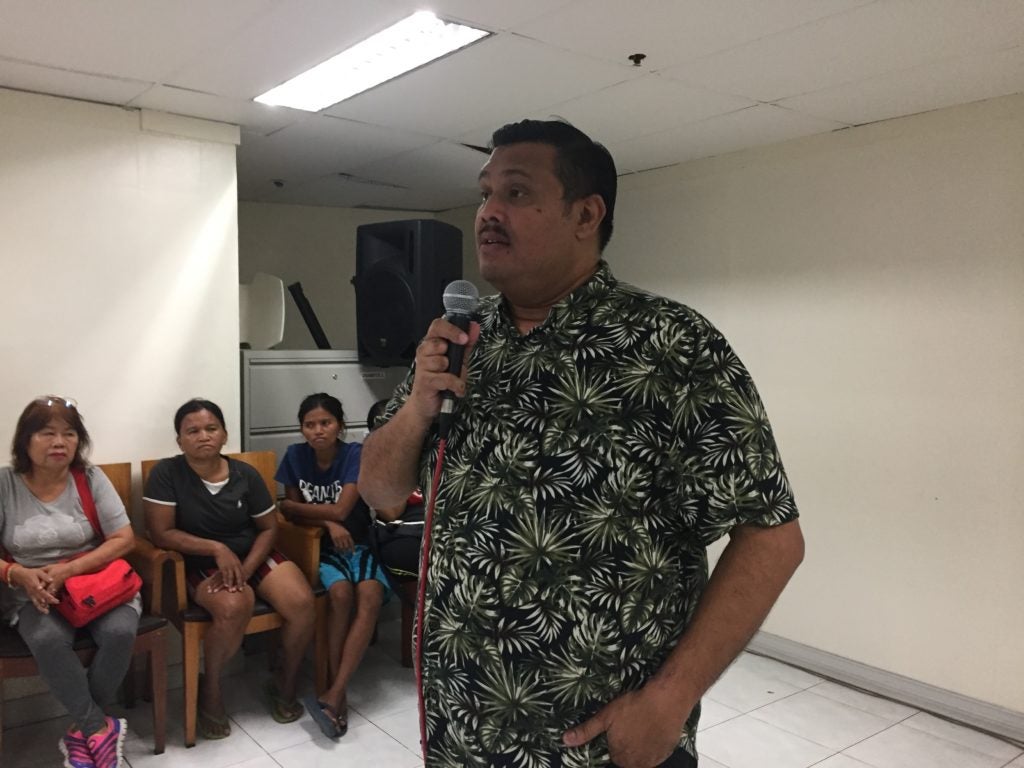 Lawyer Joey Daluz, special assistant to the Cebu City Mayor Edgardo Labella, said there was a need to clarify if the DILG order to clear roads of obstruction also includes the clearing of sidewalks. | Delta Letigio

CEBU CITY, Philippines — While the Cebu City government is determined to comply with the order of the Department of Interior and Local Government (DILG) to rid city streets of obstruction, there was also a need to look into the welfare of 800 sidewalk vendors who may end up losing their source of livelihood, says lawyer Jose Daluz III.

Daluz, special assistant to mayor, said that he will recommend to Mayor Edgardo Labella that they negotiate with DILG to allow the vendors to continue to sell on the sidewalks for now.

(I already told the vendors that they cannot stay on the sidewalks forever. They will have to transfer to another area sooner of later),” he said.

Daluz said there was also a need to clarify if the DILG order includes the clearing of the sidewalks and the removal of pay parking areas on some city streets.

He said that if DILG would want to implement a total clearing of city streets, this could be interpreted to also include the removal of vehicles from designated pay parking areas that were identified by an existing city ordinance.

Daluz said that it would not be fair to deprive the poor vendors of their source of income while the city continues to operate parking areas.

“What moral ascendancy can we claim when we ask the vendors to leave, then the city itself has passed an ordinance for private parking on the streets (that the) DILG told us to clear?” said Daluz.

Daluz said that Labella and members of the City Council should review the existing ordinance to see if this does not violate the DILG order.

(If we clear the streets of obstructions that should also included parked vehicles.) / dcb