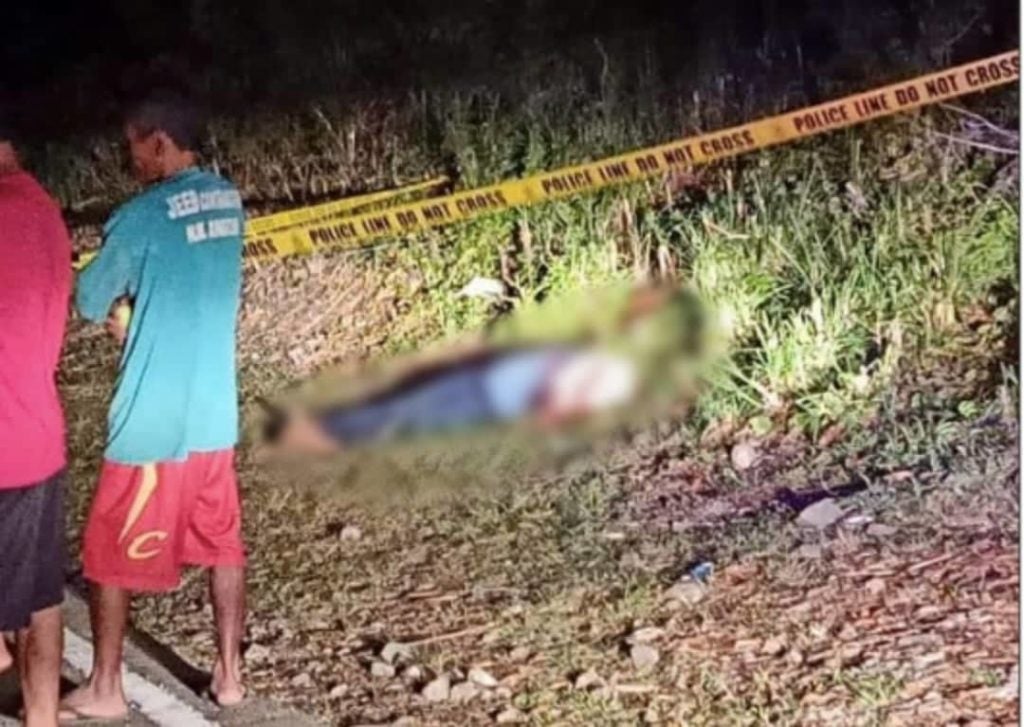 Police secure the area where they found the body of Armando Oppus in Balamban town. | contributed photo

Police Major Christian Torres, chief of the Balamban Police Station, said that Oppus’ relatives seemed to have already lost interest in retrieving his body.  They have not heard from them for almost a month now.

Torres said that a month has passed since Oppus’ killing, but are yet to find leads on the identity of his killer/s.   There are no available witnesses or Closed Circuit Television (CCTV) recordings that they could use to help in the identification of murder suspects.

Initial police investigation showed that Oppus has a pending estafa case that was filed before a court in Davao City after he allegedly carted P400,000 worth of investment money.

(We already had the body buried after keeping it for a month at the funeral parlor.)

But Torres said that they will continue to coordinate with the Davao City police for possible updates on Oppus’ case. /dcb