UV faces another championship rival in bid for top spot 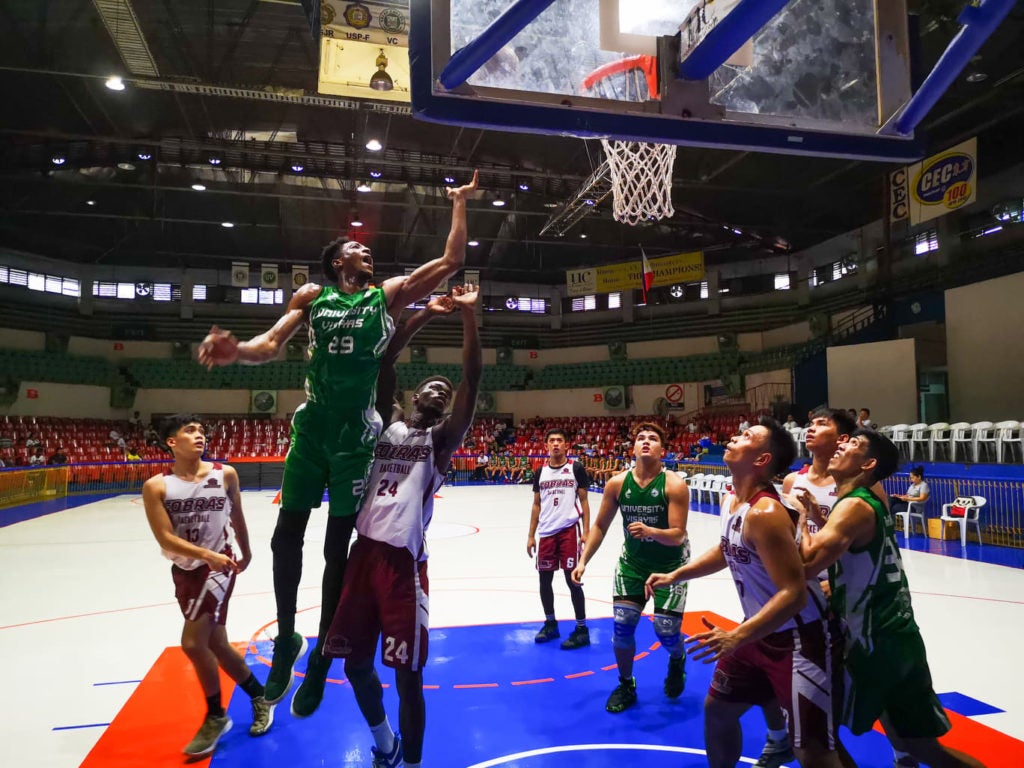 CEBU CITY, Philippines—Two days after a rematch against its opponent in last year’s finals, the University of the Visayas (UV) is facing another championship foe.

The defending champions Green Lancers, fresh from a 76-56 demolition of the 2018 Cesafi men’s basketball runner up University of San Jose-Recoletos (USJ-R) last Tuesday, September 24, 2019, next take on the league-leading Southwestern University (SWU)-PHINMA Cobras on Thursday, September 26, at the Cebu Coliseum.

But unlike their series with USJ-R last year which UV won, the Green Lancers actually lost to SWU in the Partner’s Cup pre-season tournament last summer.

UV failed to win against the Cobras in that tournament, and SWU has continued its streak in the regular season, winning all its three games so far to take the top spot.

Still, UV head coach doesn’t believe the Cobras are the team to beat this season, saying every team in the league right now is capable of pulling off an upset.

“As I’ve said before this season started, any team can beat each other, so no way for any team to be considered as a team to beat,” said Cortes, whose wards trail the Cobras in the team standings at 3-1 (win-loss).

But SWU’s Sir Shaquille Imperial still treats the game against UV like one would normally do. After all, the Green Lancers are the three-time defending champions in the league and have won 13 titles overall.

“We’re nervous and at the same time excited to play against UV,” said the promising SWU scorer.

“Hopefully na ma kaya pa namo nga mapildi sila. Lingin sad ang bola. (Hopefully, we can still beat them. The ball is round.) We won’t expect to win all the games but we will do our best to succeed,” added Imperial, whose clutch shot  helped SWU get past the University of San Carlos (USC) Warriors, 62-59, last September 21.

If SWU is aiming for a repeat against UV, the Lancers are also eager for vengeance.

UV skipper Ted Saga thinks they have a strong chance to achieve that.

“Yes, we have a chance to win against SWU but we need to double time, especially on our defense,” said the UV big man, who had 14 points anchored on four treys that helped UV win against USJ-R.

“We’re excited about exacting revenge against them because in our past games, we lost to them straight. So we need to bounce back,” he added.

Just like what Cortes said, defense will be the key against SWU, which is led by its talented foreign student-athlete Lamine Thiam.

Prior to the collegiate game, the USC Baby Warriors will go up against Don Bosco Technical College (DBTC) Greywolves in the High School division.

DBTC Greywolves, on the other hand, also hope to shrug off their 69-59 defeat to the Sacred Heart School-Ateneo de Cebu (SHS-AdC) Magis Eagles last September 21. /bmjo