Overloaded outlet may have caused fire in Tabok, Mandaue City 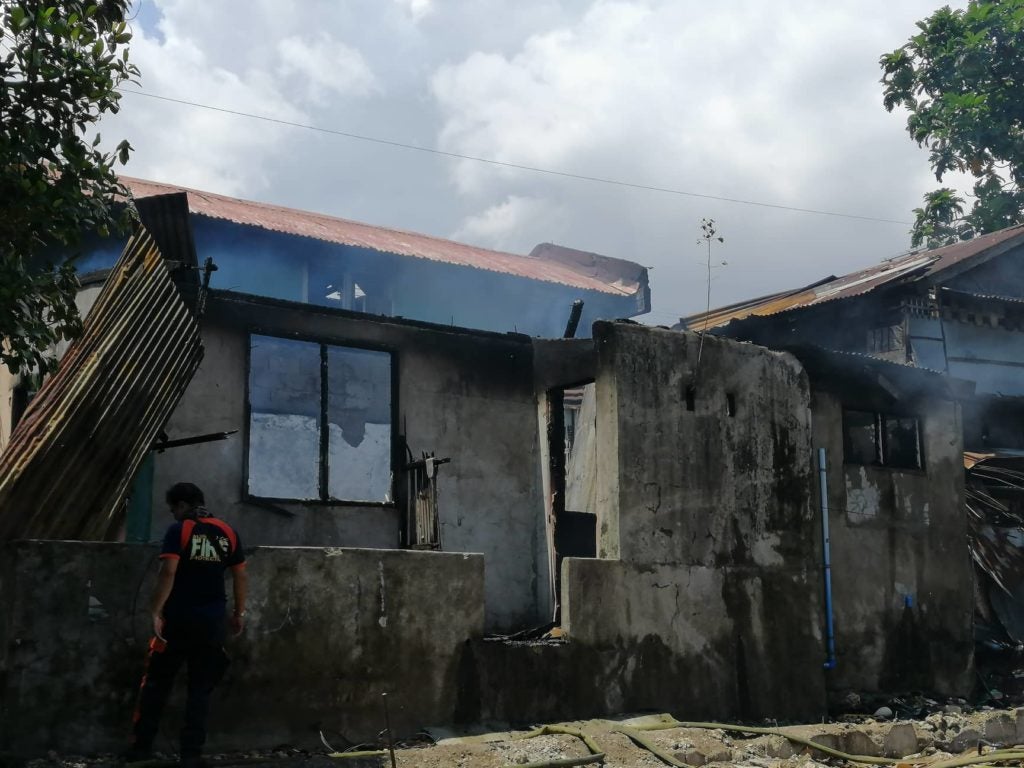 A member of the fire bureau of Mandaue City examines what’s left of the house that got burned down in Tabok, Mandaue City. CDN Digital photo | Gerard Vincent Francisco

Cebu City, Philippines—An overloaded outlet may have cause the fire that burned down a house in Sitio Kalubihan, Lower Tabok in Mandaue City on Friday morning, September 27, 2019.

Fire officials of Mandaue City said the house that got burned belonged to Jason Ngoa.

Initial reports state that an explosion was heard inside Ngoa’s house, which led investigators to  believe that an overloaded outlet sparked the fire.

No casualties were recorded during the fire, but the house owned by Ngoa’s grandmother, Teodora Ngoa, which is situated behind Jason’s house, was partially burned.

Senior Fire Officer 1 Noel Codilla of the Mandaue Cuty Fire Station said that they received the first alarm at 9:47 a.m. It was declared fire out at 10:19 a.m.

The Mandaue City Bureau of Fire Protection is  continuing to work on determining the cause of  the fire. /bmjo