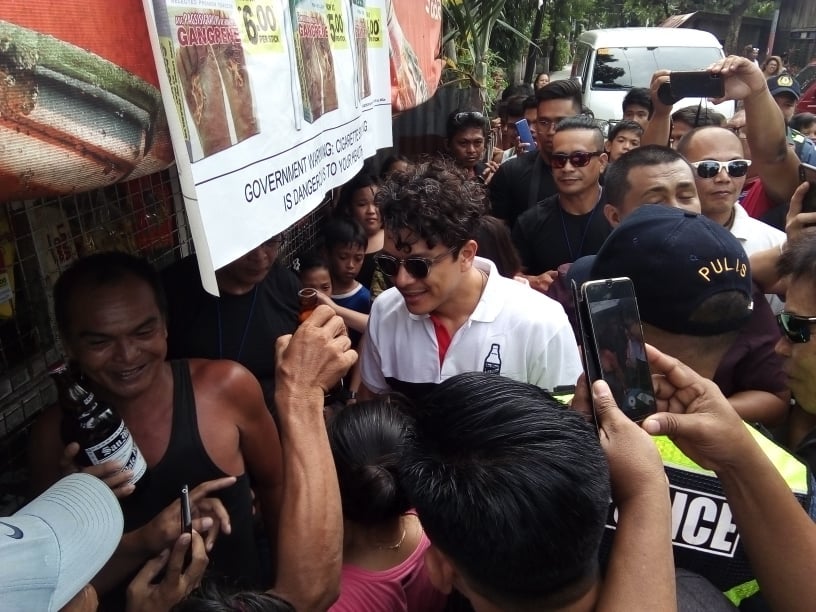 Rosales, the Brand Ambassador for San Miguel Beer Pale Pilsen, recalled that he too used to sell in their family owned store which was located in the public market in his hometown in Bicol.

During the Cebu leg of his tour, Rosales visited at total of 20 sari-sari stores in Cordova town to mingle with the store owners and loyal SMB drinkers and give out some company merchandise. He was accompanied by SMB Pale Pilsen executives.

The tour was SMB’s way of rewarding loyal customers in high patronage areas.

Rosales also met with Cordova Mayor Therese “Teche” Sitoy-Cho at the first store which he visited in Barangay Dapitan.

People cheered at the sight of the actor who played a key role in the recently concluded ABS-CBN teleserye “Halik.”  But policemen and some force multipliers provided him with security during his tour.

In October 2018, Rosales was also in Tagum City in Davao del Norte to visit some sari-sari stores in the area.

Rosales said that he will continue to do sari-sari store visits in other parts of the country in the coming days. / dcb