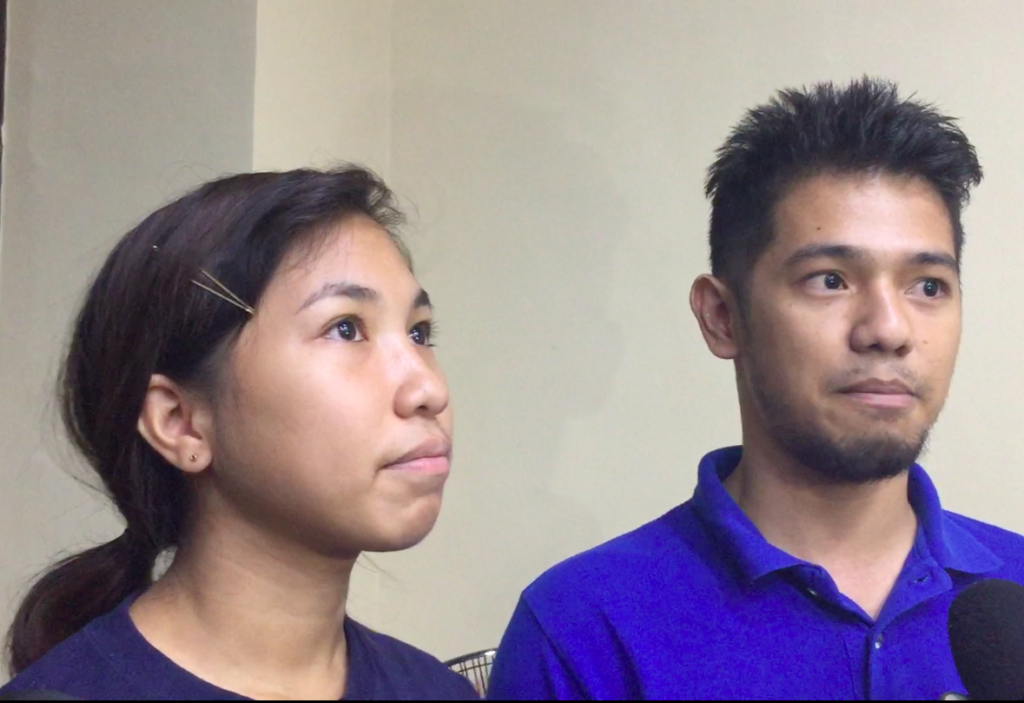 Paglaum scholars appeal to the provincial government to reconsider its decision to abolish the scholarship program which currently benefits 1,810 college students. (Rosalie Abatayo)

CEBU CITY, Philippines — Yvonne Tombiga survived the five-year ordeal of keeping up with school while struggling with poverty.

Last March 2019, the 21-year-old native of Tabogon town in northern Cebu finished her degree in Civil Engineering. She is now a step closer to achieving her dreams with just the November board exams left for her to take care of.

But Tombiga now fears that she will not be allowed to take the licensure examination as her transcript of records (TOR) have not been released by her alma mater, a private university in Cebu City, because of her unpaid tuition balance.

Tombiga, whose parents make a living from backyard hog raising, was among the 1,810 scholars of the Cebu Provincial Government under the Paglaum Scholarship program.

Read More: 1500 Paglaum scholars to lose their grant next year

Under the program, she receives at least P10, 000 tuition subsidy and P1, 500 stipend per semester.  Her parents are only left to pay the remaining balance of her tuition.

However, Tombiga said that to date, she continues to await for the disbursement of the P10, 000 subsidy from the Cebu provincial government before she will be allowed to get her TOR.

On Wednesday, October 9, CDN Digital chanced upon Tombiga and other scholars who went to the Capitol to make follow ups of their tuition subsidies and stipends.

WATCH: Paglaum scholars appeal to the Cebu provincial government to pay the balances of their tuition for school year 2019-2020 and release their stipends amid plans to already abolish the program. Former Governor Hilario Davide III allocated P20 million to cover the scholars needs but the allocation have not been disbursed. | Rosalie Abatayo #CDNDigital

Since Governor Gwendolyn Garcia assumed office in July, the disbursement of the scholars subsidy and stipend was halted pending the review of the scholarship program.

The CPGifts ordinance already passed first reading on September 30, during the PB’s out of town session in Bantayan Island.

CPGifts will not longer accommodate existing scholars as it is only meant to cater to incoming college freshmen who graduated with honors from senior high school.

Although Tombiga has already completed her college education, she made an appeal for the provincial to reconsider its decision to abolish the Paglaum scholarship program.

(I am appealing for the continued implementation of the program because this has been helping a lot of students. Many depend on the program to finish their education.)

Tombiga also asked the Capitol to already release the tuition subsidies and stipends so that she will be able to take the licensure exam on November 9.

Baricuatro told CDN Digital that the provincial government will make sure to disburse the backlog of stipends tuition subsidies especially for scholars who will already be graduating this semester.

“I had a meeting with Gov. Gwen (Garcia) last Monday (October 7). She agreed to continue the Paglaum scholars but only for those who are graduating this school year,” said Baricuatro.

“We are currently listing those students who are eligible… As you very well know there is a new scholarship program of the Province which will start next school year,” he added.

The Paglaum Scholarship Program was instituted in 2016 through an ordinance authored by former Vice Governor Agnes Magpale.

The scholarship program was administered by the Provincial Women’s Commission, which Magpale co-chaired.