TUXTLA GUTIÉRREZ, Mexico–Angry farmers stormed a city hall in southern Mexico, seized the mayor and dragged him through town from the back of a truck for not fulfilling campaign promises, officials said Wednesday.

The incident occurred Tuesday when about 30 members of the Tojolabal indigenous community armed with clubs broke into the mayor’s office in the town of Las Margaritas in the state of Chiapas.

Witnesses told investigators they tied up the mayor, Jorge Luis Escandon, pushed him outside and tied him to the back of a pickup truck.

They then dragged him several dozen meters down the street, before police and public employees intervened and freed Escandon, who was unharmed.

Leftist President Andres Manuel Lopez Obrador has introduced a policy of providing public assistance in the form of cash payments to beneficiaries, in order to stem corruption by cutting out bureaucratic middlemen.

Eleven people were arrested and a dozen injured in the melee. Chiapas state police were also sent to Las Margaritas to help restore order.

This is not the first time farmers from Santa Rita El Invernadero have staged a violent protest. Four months ago they vandalized the town hall, demanding that Escandon fulfill promises he had made during the 2018 campaign. 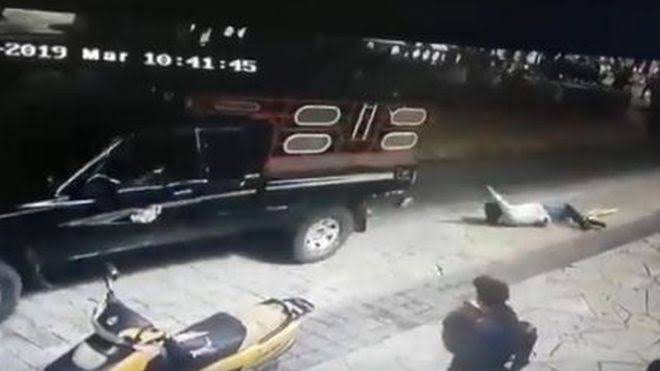