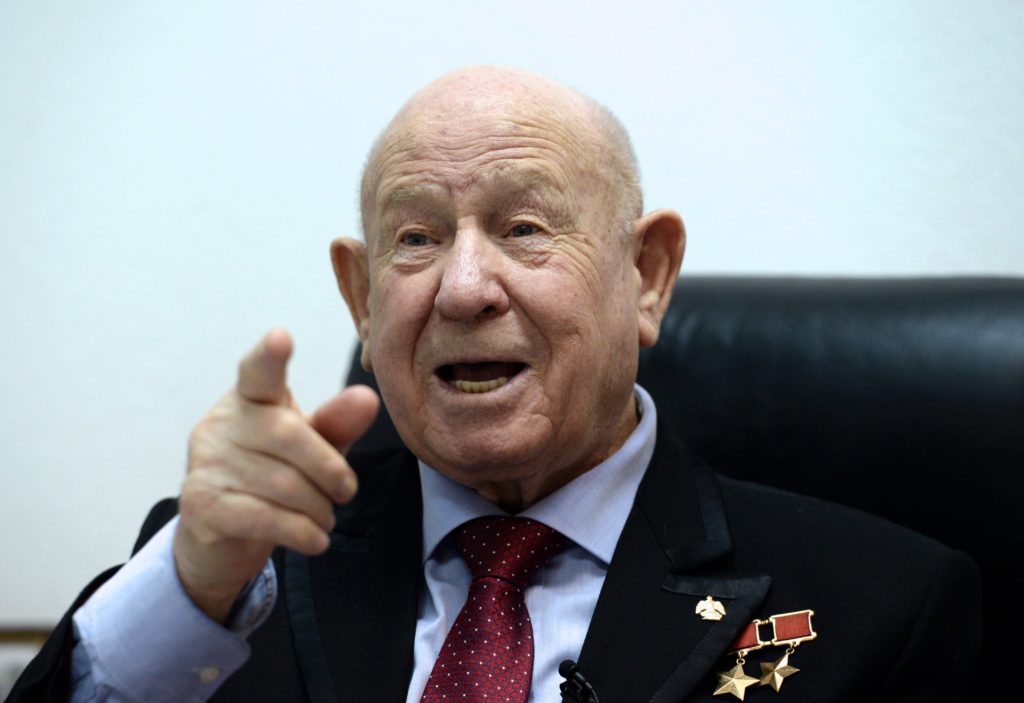 MOSCOW — Alexei Leonov, a legendary Soviet cosmonaut who was the first man to perform a spacewalk in 1965, died in Moscow on Friday aged 85 after a long illness.

The Russian space agency Roscosmos said it was saddened to announce the death of “cosmonaut No 11” who was twice decorated with the country’s top honor, the Hero of the Soviet Union.

Tributes poured in from across the globe, with Western space agencies and experts praising Leonov’s contribution and admirers bidding him farewell.

“This is a loss for the whole planet,” said Russian cosmonaut Oleg Kononenko.

Russian President Vladimir Putin sent his condolences to Leonov’s widow and daughter, calling him a “true trailblazer” and a “heroic person.”

Canadian astronaut Chris Hadfield wrote on Twitter: “One of the finest people I have ever known. Alexei Arkhipovich Leonov, artist, leader, spacewalker and friend, I salute you.”

NASA and the European Space Agency both praised the pioneering cosmonaut.

“His venture into the vacuum of space began the history of extravehicular activity that makes today’s @Space_Station maintenance possible,” NASA said on Twitter.

Leonov became a legend at home and his feats were immortalized in cinema and literature.

The 1965 mission was also celebrated in a 2017 Russian film “The Spacewalker” where Leonov acted as consultant.

A crater on the far side of the Moon was named after Leonov in 1970.

Born in Siberia, the youngest of eight children, Leonov became a fighter pilot before being selected as one of the first potential cosmonauts. He was a friend of Yuri Gagarin, who became the first man in space in 1961 and trained with him.

He was selected to perform the first spacewalk as the Soviet Union and United States, Cold War foes, were locked in a frantic race to conquer space.

After 18 months of intensive training Leonov was ready to become the first man to float in space.

On March 18, 1965, at the age of 30, he made history when he left a spacecraft during the Voskhod 2 mission for a spacewalk that lasted 12 minutes and nine seconds.

“(There was) an inky black, stars everywhere and the sun so bright I could barely stand it,” Leonov told AFP in 2015 interview when he was a sprightly 80-year-old.

Tethered to the craft with a five-meter (16-foot) long cord, he gazed in wonder at Earth’s geography laid out sweepingly below him.

“I filmed the Earth, perfectly round, the Caucasus, Crimea, the Volga. It was beautiful.”

Leonov and another cosmonaut, pilot Pavel Belyayev, orbited at a distance of 500 kilometers (310 miles) from Earth.

They completed the first ever spacewalk 10 weeks before the United States repeated the feat.

Their mission was declared successful even though Leonov experienced several mishaps.

Their return to Earth nearly ended in tragedy when Leonov and Belyayev were forced to crash land in a forest some 180 kilometers (111 miles) from the Urals city of Perm.

The crew was discovered four hours later and rescued only in two days as it was an ordeal to reach them.

A decade later in 1975 Leonov commanded the Soyuz 19 spacecraft which docked with the US Apollo spacecraft in the first joint space mission between the Soviet Union and the United States.

Leonov celebrated his 85th birthday on May 30 and cosmonauts Kononenko and Alexei Ovchinin dedicated a May spacewalk to him, taking a picture of him into space and wearing spacesuits with birthday greetings written on the back.

Putin also congratulated Leonov at the time, calling him “a worthy representative of the legendary team of Soviet cosmonauts”.

Leonov was an accomplished artist and writer and his contemporaries described him as warm and likable. He is survived by his widow Svetlana and his younger daughter Oksana.

“It’s a huge tragedy for us all,” said the wife of fellow cosmonaut Boris Volynov, Tamara Volynova.

“Alexei is a unique person,” she told AFP.

He helped many cosmonauts and was a “great storyteller”, space historian Alexander Glushko said.

Leonov will be laid to rest at a cemetery just outside Moscow on Tuesday. /muf