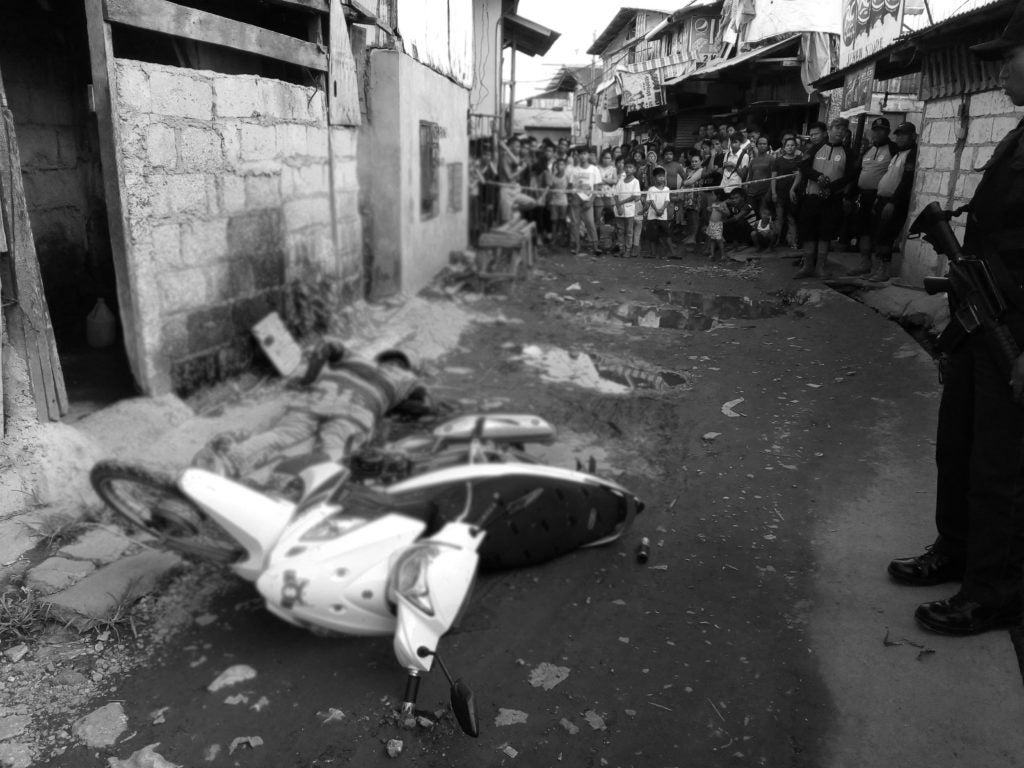 Police have cordoned the area where Indian national Gagandeep Singh was killed in Barangay Basak shortly before noon on Friday, October 11. |Norman Mendoza

LAPU-LAPU CITY, CEBU, Philippines — Police have identified a suspect in the killing of an Indian national in Sitio Iba, Barangay Basak in Lapu-Lapu City on Friday, October 11.

The suspect, a resident in the Sitio whom police refused yet to identify,  had allegedly a grudge against the victim, Gagandeep Singh, 27, and had allegedly threatened Gagandeep prior to his murder, said Police Major Juan Capacio, Marigondon Police Station chief, in an interview with CDN Online on Saturday, October 12.

Capacio said the victim’s cousin, who was also into the money lending business and who asked not to be identified, gave them this information.

The cousin told police that the victim had received a death threat from the resident before he was murdered.

Capacio, however, did not elaborate on whether the suspect was a client of the victim or an applicant of his money lending business.

The cousin said that the resident had allegedly harbored a grudge against the victim.

The cousin also said that he did not report to the police the alleged death threat  because he was hoping his cousin and the resident would settle their differences and they could continue to serve their clients there.

Police conducted a followup operation after receiving the information and went to the resident’s house but he could no longer be found there.

Despite this, Capacio said that they would definitely file the case against the person next week.

Meanwhile, he said he would look for more witnesses to strengthen the case against the resident.

Aside from that, they were also waiting for other documents such as the death certificate of the victim to complete.

Capacio didn’t elaborate more if the suspect was a client or an applicant for money lending but has a grydge on the victim based on the accounts of the cousin.

Capacio did not name yet the suspect as they wanted to have more than one witness to strengthen the case.

But they would definitely file the case by next week against the suspect.

They are also waiting the other documents such as the death certificate of the victim so that they could file the case next week./dbs