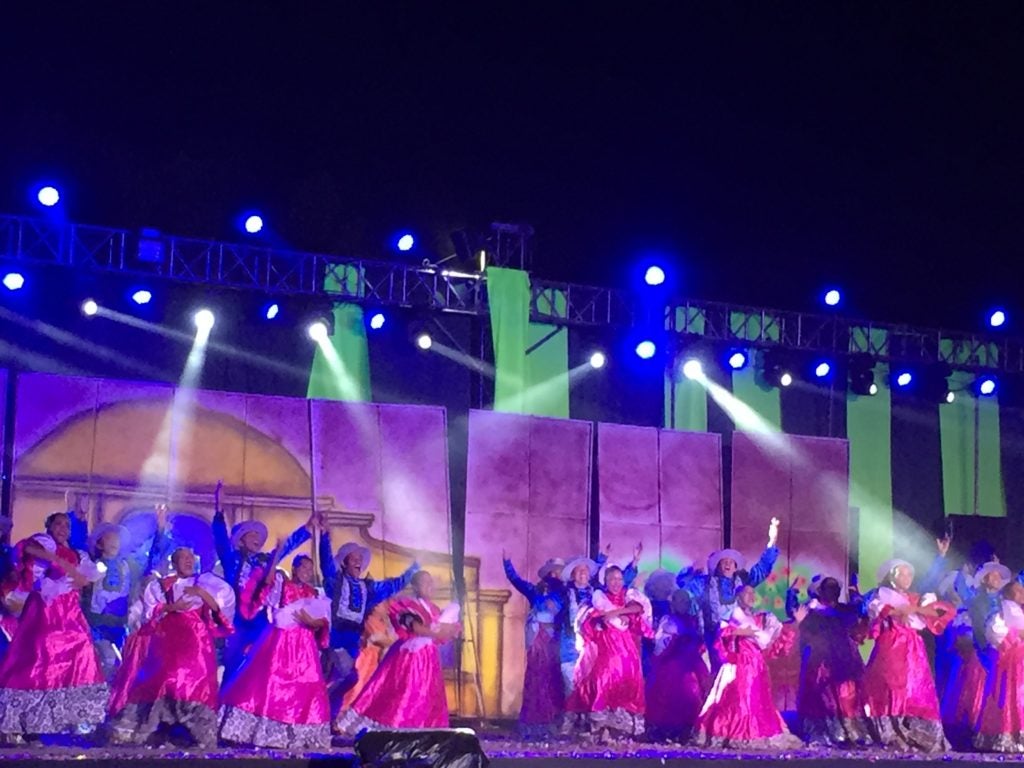 TALISAY CITY, Cebu — With the emergence of other towns taking pride of lechon (roasted pig), Talisay City is taking steps to reclaim the title of having the “best lechon” in Cebu.

On Sunday, October 13, the city held its annual Halad Inasal Festival, which is one of the highlights in their celebration of the feast day of their patroness, Santa Teresa de Avila.

Mikki Aznar, the city’s tourism officer, said the celebration of the Halad Inasal Festival is one way for them to make people associate the city to lechon or inasal.

(When it comes to the taste, it cannot be contested that Talisay has the best lechon. We just want emphasize to the people that whenever you think of lechon, it should be the one from Talisay.)

The street dancing kicked off from the Talisay City Hall at around 3 p.m. as the contingents danced their way to TCCES in Barangay Poblacion.

The 66-dancer, 280-propsmen team of TCNHS also dominated the street dancing category against the other eight contingents from both elementary and high school divisions.

Read Next
Undermanned Warriors pull off upset against Green Lancers