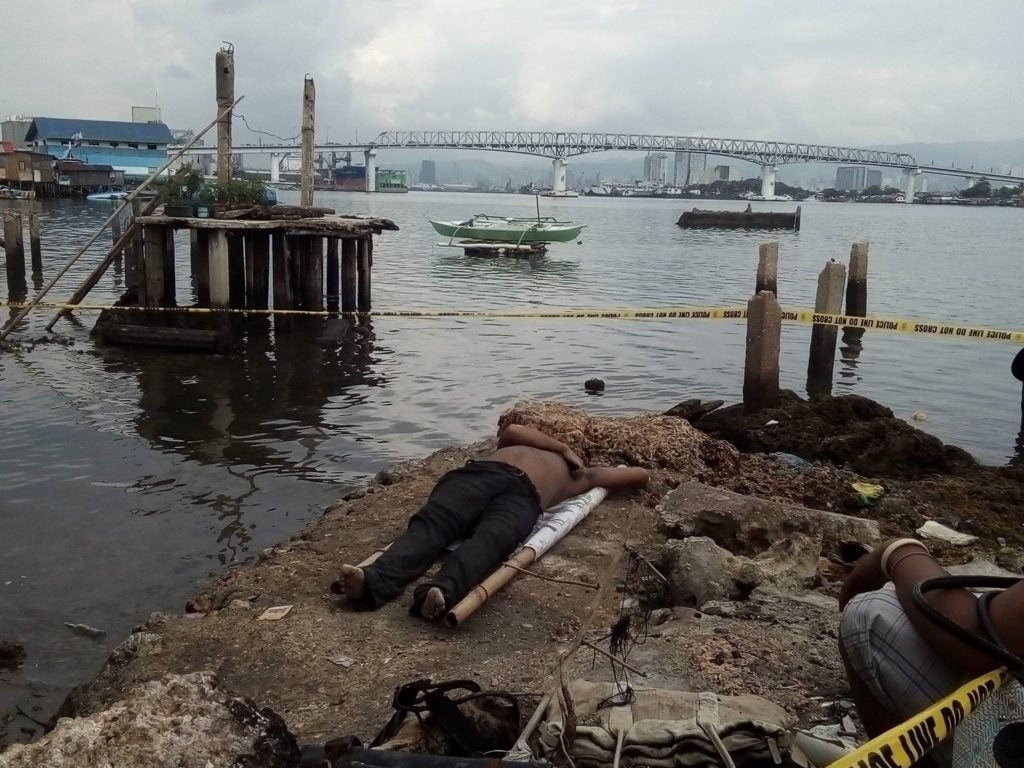 A fisherman brings to shore a body of a man that got caught in his net while fishing along the Mactan Channel on Monday, October 14, 2019. CDN Digital photo | Norman Mendoza

Mandaue City, Cebu—The body of a still unidentified man was found floating at the Mactan Channel past 6 a.m. on Monday morning, October 14, 2019.

Police from the Hoops Dome Police Station in Lapu-Lapu City said a fisherman from Talisay City discovered the body as it got caught in his net while fishing in the channel.

Police Sargeant Dan Gacoscosim, an investigator from the Hoops Dome Police Station, said a Barangay Tanod of Barangay Pajo named Rey Diola reported to them the discovery of the body that was brought to the shores of Sitio Paradise, Barangay Pajo at around 7 a.m.

Nobody from those living in Sitio Paradise could identify the man.

According to police, the unidentified man is about 5-feet and 5-inches tall, brown in complexion, has short hair, aged around 35-40 years old, and wearing only a black pants. He had no shirt and shoes on.

Gacoscosim said they couldn’t determine yet if there was foul play involved in the death of the man but he did mention that there was blood coming out from the man’s mouth and nose.

Police said they will check the CCTV cameras installed at the two bridges connecting Mactan Island to mainland Cebu to see if the man did jump off from either of the bridges.

Police are further investigating the incident. They are also asking those who would want to identify the body to visit their office at the Hoops Dome Police Station in Barangay Gun-ob. /bmjo

Read Next
Parts of PH to have scattered rains, thunderstorms due to ITCZ