Marriott hotel to open in Mandaue City by mid-2020 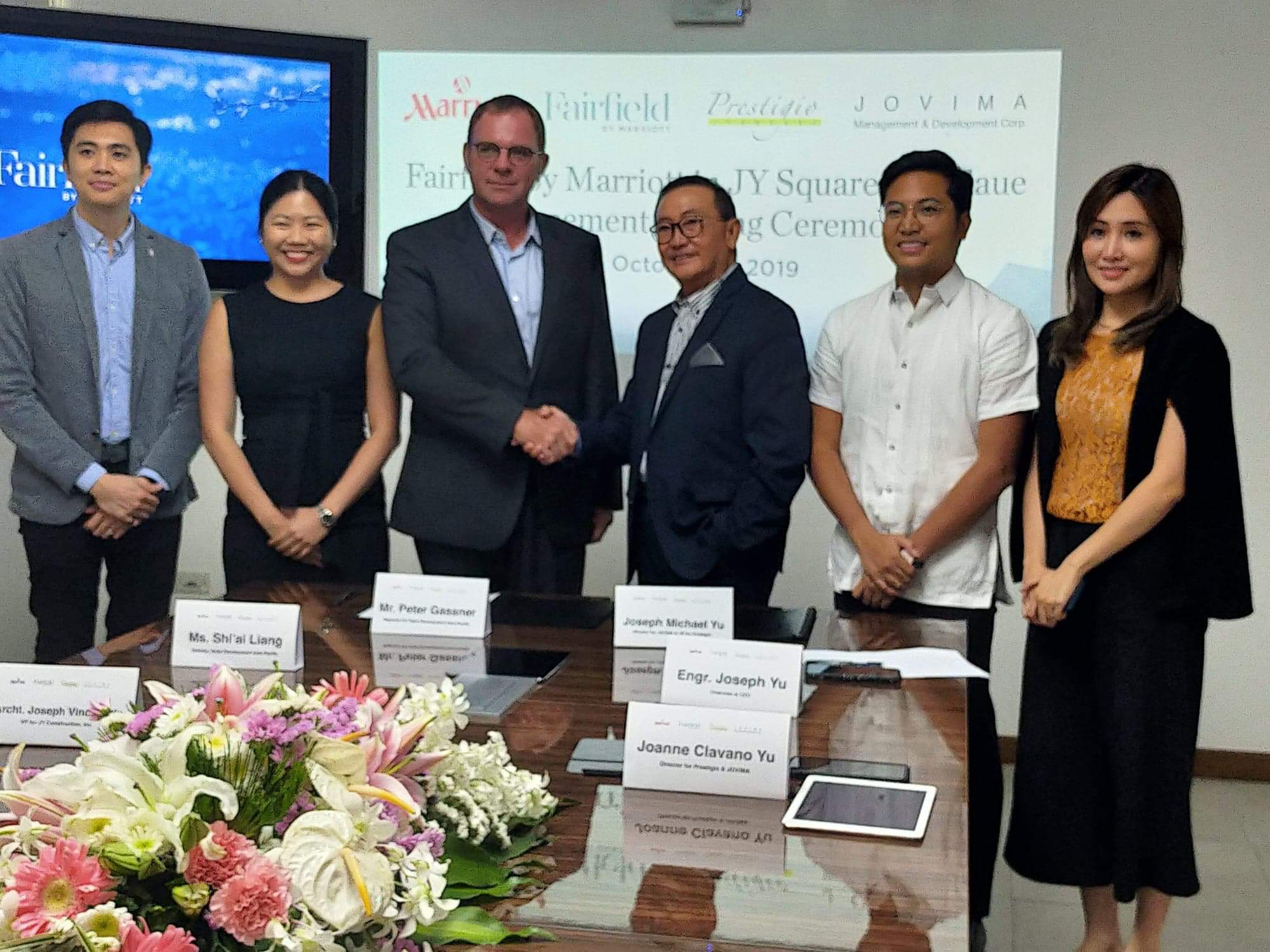 CEBU CITY, Philippines —International hotel chain, Marriott International, signed an agreement with Prestigio Inc. for the development and operation of its first Fairfield hotel in the Philippines.

Prestigio announced Wednesday, October 16, its partnership with Marriot at the JOVIMA Office located at the JY Square IT Center III in Lahug, Cebu City.

Prestigio is the hospitality arm of JOVIMA Management and Development Corp  and sister company of JY Square Mall and IT Centers.

The company currently operates the Prestigio Hotel Apartments in Lahug.

“With this, we move forward to establishing Prestigio and the JOVIMA group as a key player in the industry as we eye more hotel developments in the Visayas and Mindanao regions,” Yu said.

The Fairfield by Marriot Cebu will form part of the JY Square Mandaue, a mixed-use development that will house varied commercial establishments such as business process outsourcing companies, an English as a Second Language School and retail stores.

The complex would be launched in the second quarter of 2020 while the hotel is set to open in mid-2020.

Peter Gassner, regional vice president of Marriott Hotel Development Asia Pacific, explained that Fairfield by Marriott, which would cater to the business travelers, would be the first international hotel to operate in Mandaue City.

Gassner said the Fairfield project being constructed at A C. Cortes Avenue in Mandaue City, would be the first of the many Fairfield by Marriott Hotels, which they plan to open in the country.

“We look forward to opening more hotels in the Philippines, together  with our trusted hotel owners,” he said.

Meanwhile, Joseph Yu, chairman of JOVIMA Management & Development Corp., noted the strategic location of  the Fairfield Hotel that makes it accessible to locals and travelers.

He projected that JY Square Mandaue would help boost development in the area as it did when the company built JY Square Lahug.

The hotel, which is built on a 5,000-square-meter property, will have nine stories and 146 rooms, a communal workspace, a dining area, conference and meeting rooms. / celr

Read Next
Disasters and resiliency