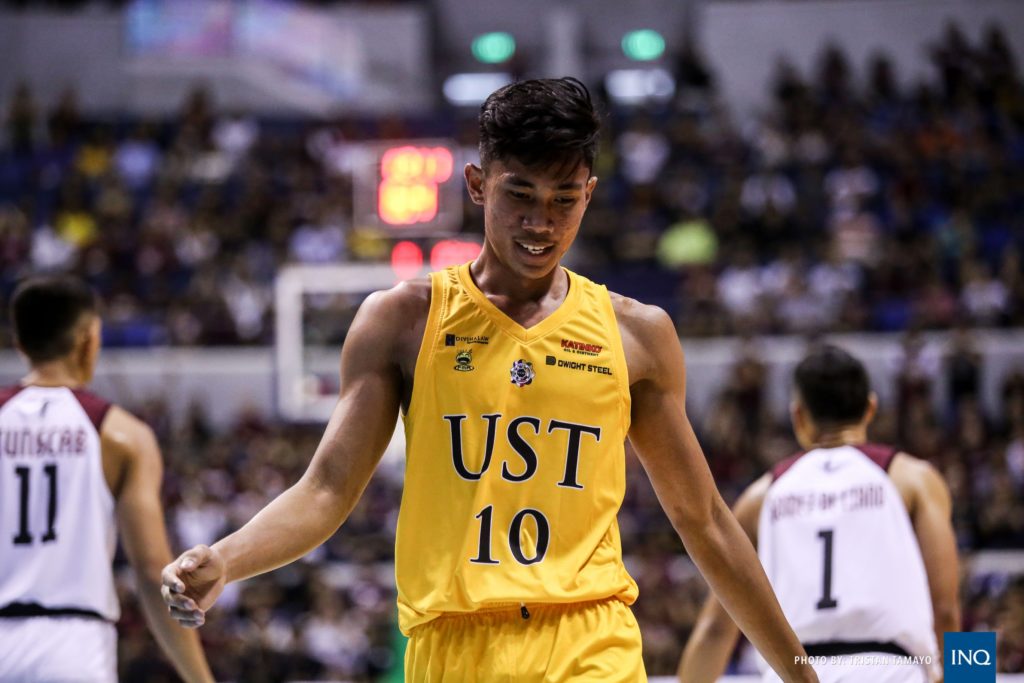 MANILA, Philippines–The decision of University of Santo Tomas coach Aldin Ayo to bench prized forward Rhenz Abando last Wednesday may have something to do with the player informing the team that he was transferring to another UAAP school.

A source privy to the situation but is not allowed to speak on the matter said Abando has asked permission from the coaching staff and teammates to leave UST.

Ayo refused to comment on a question regarding Abando’s absence after the Tigers’ 84-78 victory over University of the Philippines Fighting Maroons at Mall of Asia Arena.

Players transferring schools isn’t unique in the UAAP, but seeking permission to leave in the middle of the season rarely happens especially with UST among the contenders for a Final Four spot in the tournament.

The Tigers are now faced with a decision whether to play or sideline Abando for the remainder of the season.

“That’s what they (UST staff and management) are deciding now,” said the source.

Read Next
‘Running priest’ is in Naga City, Cebu to help fight against ‘EJK of trees’