VATICAN CITY – The pope on Wednesday contrasted the world’s 820 million hungry people with those who turn food into “an avenue of personal destruction” through overeating, in comments to mark World Food Day. 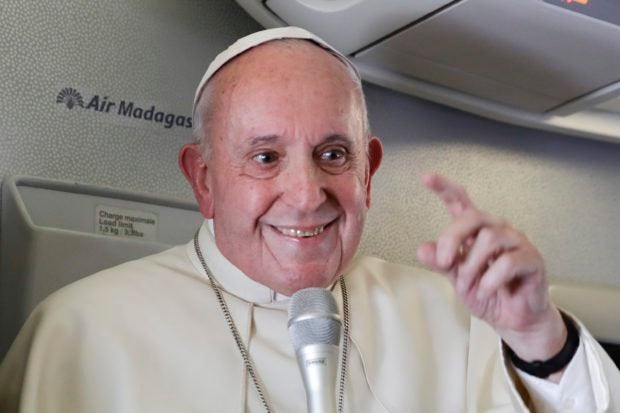 “We are in fact witnessing how food is ceasing to be a means of subsistence and turning into an avenue of personal destruction,” the pontiff said in a message to the UN’s Food and Agriculture Organisation.

People suffer from diabetes and heart disease because of overeating, but also from anorexia and bulimia through deliberate undereating, the pope said.

He called for “the cultivation of lifestyles inspired by gratitude for the gifts we have received and the adoption of a spirit of temperance (and) moderation.”

“By adopting such a lifestyle, we will grow in a fraternal solidarity that seeks the common good and avoids the individualism and egocentrism that serve only to generate hunger and social inequality.”

“It is a cruel, unjust and paradoxical reality that, today, there is food for everyone and yet not everyone has access to it, and that in some areas of the world food is wasted, discarded and consumed in excess.” /gsg

Read Next
Manny Pacquiao to star in Hollywood WWII film