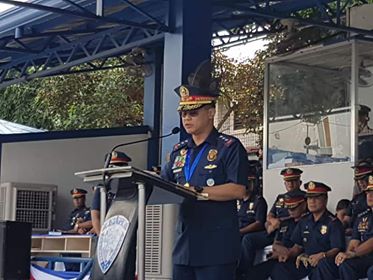 Gamboa told reporters that he has directed all the top police officers, especially the regional directors, to prioritize the arrest of high value target (HVT) drug personalities.

Gamboa, however, said the process of arresting the HVTs can take time as it involves careful planning, monitoring and verifying before they can be caught.

Amid the controversies hounding the police force, particularly involving the recycling of drugs by the so-called ninja cops, Gamboa told PRO-7 personnel to work harder to earn the support and trust of the communities they serve.

Gamboa took over the helm of PNP after General Oscar Albayalde stepped down from his post on October 14 amid a Senate investigation into alleged drug recycling in Pampanga province in 2013, when he was the provincial police director.

Albayalde, who denied any wrongdoing, opted to go on an “off-duty” status weeks ahead of his compulsory retirement at age 56 on Nov. 8, 2019.

Gamboa told the officers to strictly follow the rules as they go about their duties as law enforcers.

“We need to take pride of being law enforcers while wearing our blue uniform, being a police officer and a public servant that our people deserves,” said Gamboa.

Sinas, meanwhile, pledged to help De Leon with tracing the source of illegal drugs that were supplied from NCR and sold in Central Visayas, now that he is NCRPO chief.

Sinas said he would be asking De Leon to coordinate with him when they monitor subjects whose drugs sources are traced all the way to NCR, as they will do the same when they discover groups who are able to acquire drugs from Central Visayas.