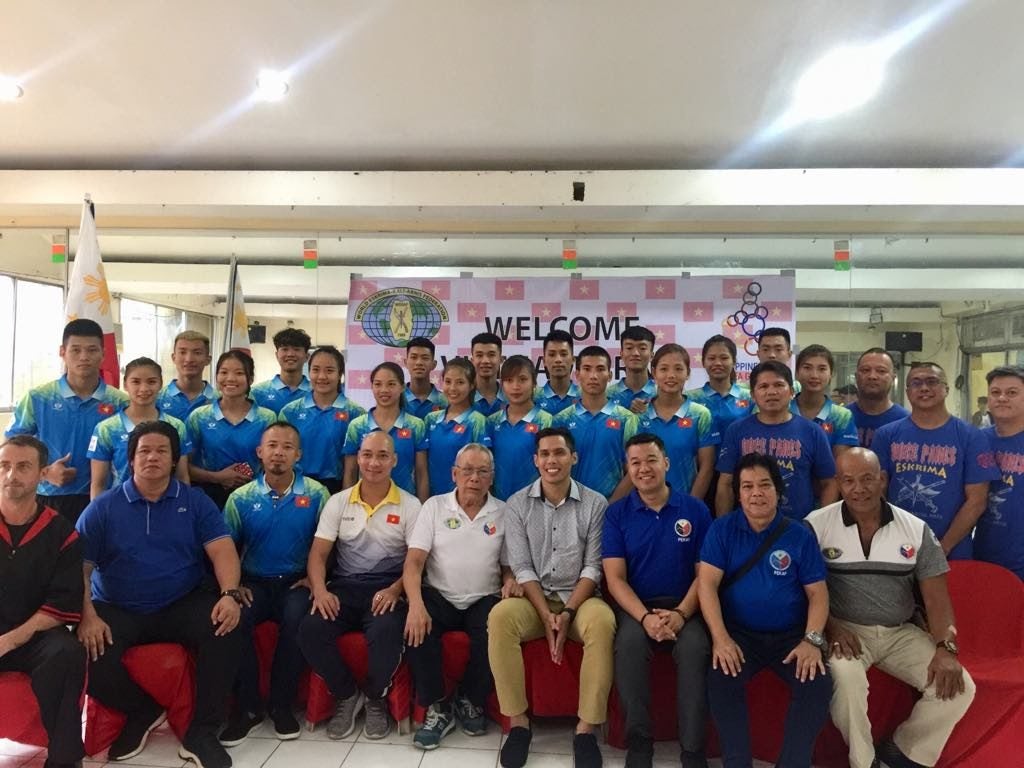 CEBU CITY, Philippines – With the aim of further promoting the Filipino martial arts of arnis and making it a regular sport in the Southeast Asian (SEA) Games and Asian Games, Doce Pares and the Cebu City government have opened their doors to the Vietnam national arnis team.

The Vietnam national team will be training here for the 30th SEA Games that the Philippines will be hosting from November 30 to December 11, 2019.

The arnis competition will be taking place from December 1 to 3 at the Angeles University Foundation in Clark, Pampanga.

Watch a demo of the Vietnam national arnis team during a press conference in Cebu City:

WATCH: Members of the Vietnam National Arnis Team, who will be competing in the upcoming 30th Southeast Asian (SEA) Games, give a glimpse of their skills during a press conference at the Cebu City Sports Center on Thursday, October 17, 2019. | Mars G. Alison #CDNDigital

Vietnam will be one of the four countries competing in the tournament, the others being the Philippines, Cambodia, and Myanmar.

According to Philippine Eskrima Kali Arnis Federation (PEKAF) executive vice president Gerald Cañete, Malaysia, Singapore, and Brunei would have also wanted to compete in the SEA Games, but they were not able to reach the deadline of submission of entries.

One of the reasons why Vietnam is being welcomed here despite being one of the Philippines’ competitors is that they are hoping to advance their lobby of making arnis a regular event in the biennial meet.

Arnis is the Philippines national sport, and the PEKAF wants it to become a regular event not only in the SEA Games but also in the Asian Games, just like Pencak Silat.

Pencak silat, which is an Indonesian martial arts, is already a regular sport in the SEA Games and is a candidate for inclusion in the Asian Games main sports.

The last time that arnis was made a regular sport in the SEA Games was in 2005, when the Philippines was also the host.

This year’s SEA Games, with Philippines once again hosting, arnis will be part of the regular sports to be contested, which means that the medals won in this event will be counted into the overall medal tally of the participating country.

According to Cañete, there will be 20 golds at stake and his father, Supreme Grand Master (SGM) Dionisio Cañete, said that they guarantee that the Philippine team will be able to bag all 20.

SGM Cañete is the founder of the World Eskrima Kali Arnis Federation (WEKAF), the international governing body of arnis/eskrima. /bmjo