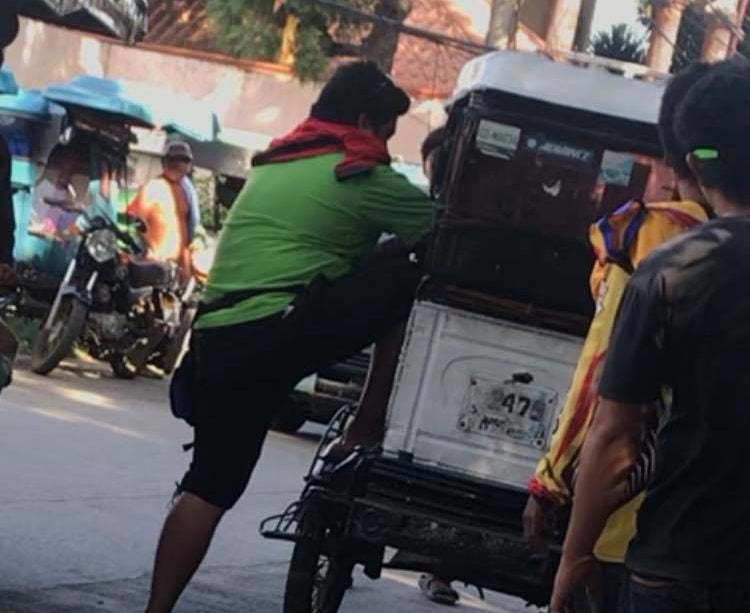 A family member removes the body of the victim from the tricycle he was driving when he was shot in Barangay Pajac, Lapu-Lapu City on Friday afternoon, October 18, 2019. CDN Digital photo | Norman Mendoza

According to the Mactan Police Station, the shooting incident was reported at 3:36 p.m.

Based on initial investigation, Senior Police Officer 1 Lydo Pinos, investigator of the Mactan Police Station, said the suspects who shot the victim were on board a motorcycle with a red and black combination color and no plate number. They were reportedly wearing full-face helmets.

As of this posting, members of the victim’s family have removed the body from the crime scene even before police could examine it.

The victim was a Muslim and as per Muslim tradition, he has to be buried within 24 hours upon death.

Elements from Mactan Police Station were at the crime scene waiting for the Scene of the Crime Operatives (SOCO) when family members of the victim took the body. /bmjo

Read Next
NAMRIA says Philippines has over 500 new islands