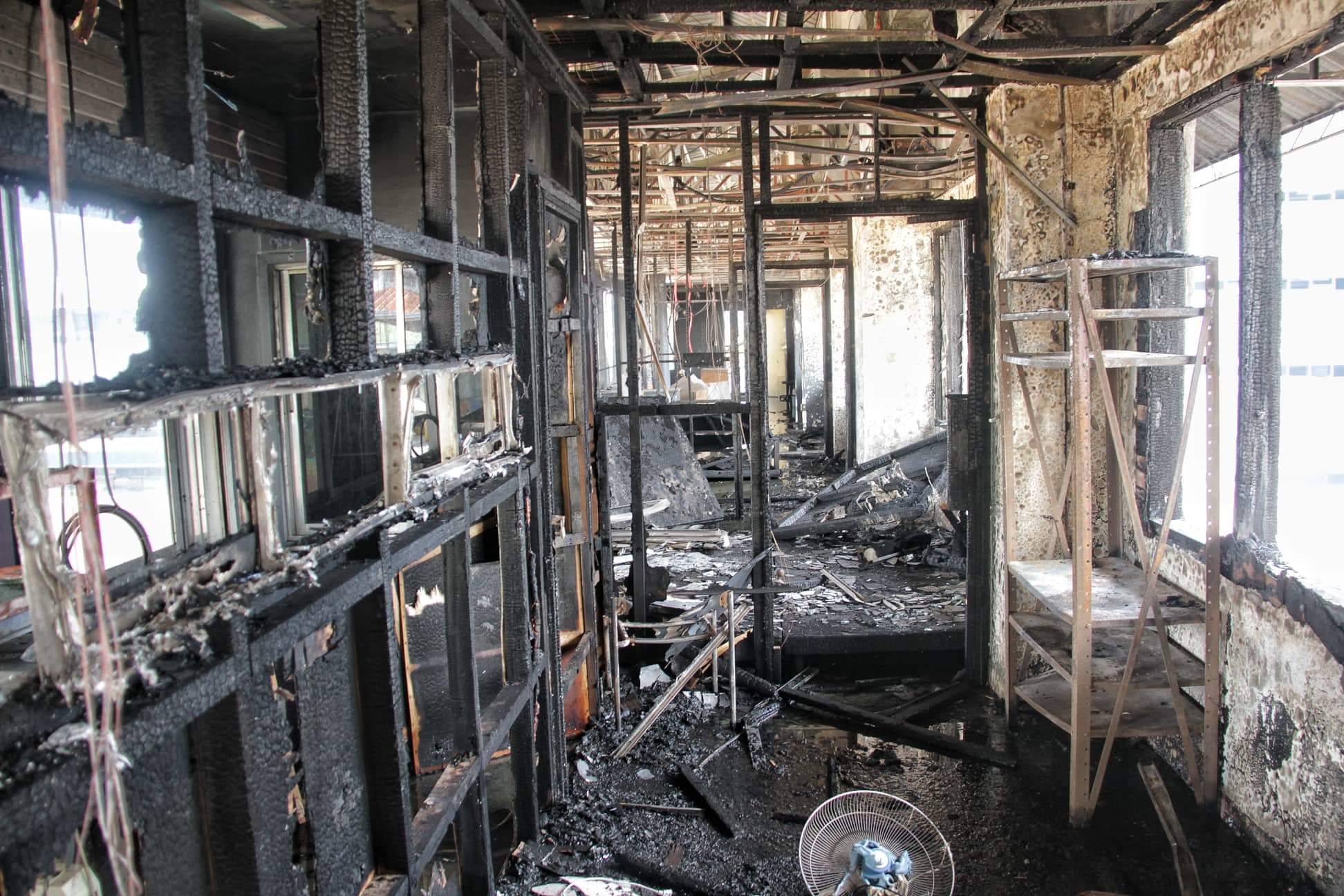 CEBU CITY, Philippines — Matches in the secondary division of the ongoing 19th Cesafi men’s football tournament were cancelled today, October 19, due to the fire that hit Sitio Amor, Barangay Sambag 1 at dawn.

The fire damaged the control and audio room of the Cebu City Sports Center, the venue for all Cesafi football games.

There was no electricity at the sports center too.

Cesafi football tournament director Francis Ramirez said the matches that were supposed to be played Saturday morning, October 19, will be played tomorrow morning, Sunday, October 19, at the same venue.

Secondary matches scheduled for Sunday morning, October 20, will be rescheduled to another day.

“We will have to look for a schedule for tomorrow’s games, probably those matches will be played on a week day as it will already be the semestral break so there will be no classes on week days,” said Ramirez.

The scheduled collegiate matches on Sunday afternoon, October 20, will still push through.

Both divisions are following the double round robin elimination format with the team having the most number of wins with no losses automatically becoming the champion.

Barring that, the top two teams will contest the titles while the third placer will be determined by the rankings after the double round elimination.

Read Next
IN PHOTOS: Scenes from the Sambag 1 fire