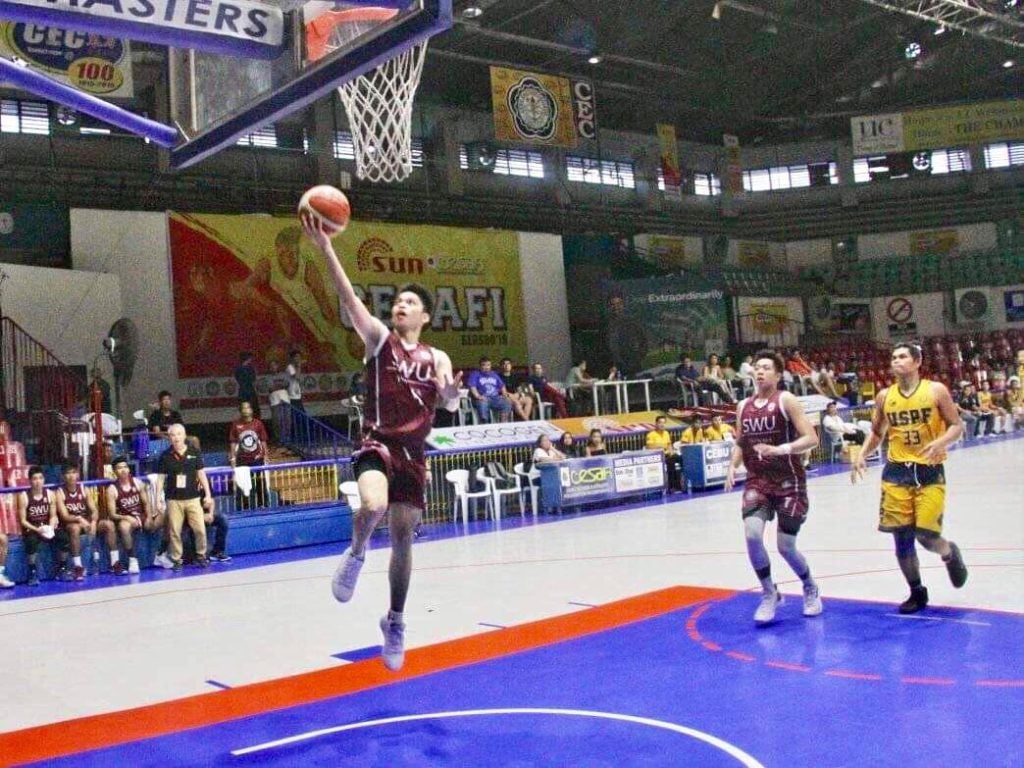 William Polican rises up for a wide open layup against the USPF Panthers during their regular season game at the Cebu Coliseum.

The win allowed the SWU Phinma Cobras to take back the top spot with an improved 7-2 win-loss record in the college division of the ongoing 19th Cesafi men’s basketball tournament.

The Cobras waxed hot in the first quarter and posted a six-point lead, 14-8, going into the second canto.

They, however, slowed down in the second and third quarters wherein the ballgame got tied five times including the 30-all at halftime break.

Allyn Dyll Roncal, Sir Shaquille Imperial and Red Louis Cachuela combined early in the fourth quarter to give the SWU Phinma Cobras a breathing space and with Lamine Thiam also contributing, the Cobras eventually managed to wedge a gap between them and the Panthers.

Thiam top scored for the Cobras with 21 points.

The USPF Panthers absorbed their fourth straight loss in the second round and now tote a 3-7 record. Sameen Swint led USPF with 11 points.