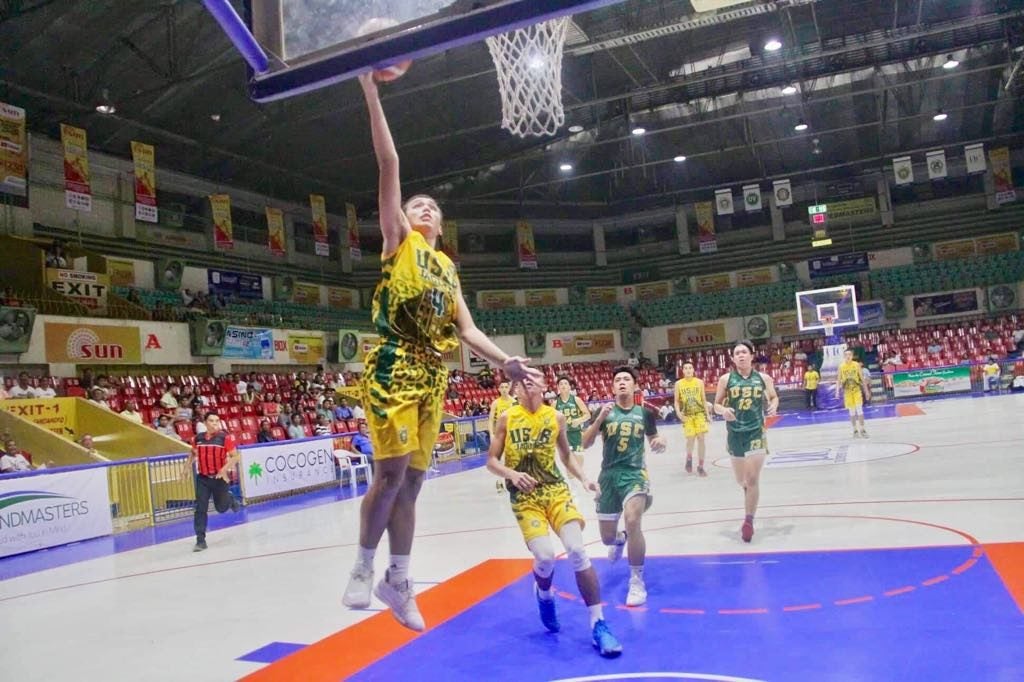 Santos Go of the USJ-R Baby Jaguars goes for an easy layup in a game against the USC Baby Warriors on Tuesday, October 22, 2019, at the Cebu Coliseum. CDN Digital photo | Gerard Vincent Francisco

The Baby Jaguars are in the middle of a four-game streak and still have a chance of entering the top 4 in the high school division.

Their older counterparts are going the opposite way.  The Jaguars absorbed their third straight loss in the second round, causing them to drop out of contention early.

The win against the University of San Carlos (USC) Baby Warriors, 74-63, Tuesday, October 22, 2019, boosted the Baby Jaguars’ chances of completing the semifinals cast in the high school division.

(We went hard in our defense and we followed the system that was given to us by our coach, and we just fought for our goal.)

Knowing what was at stake, the Baby Jaguars, as instructed by their coach Edito Salacot, did not gamble so they can stop the Baby Warriors. And, it paid off.

They improved their win-loss record to 4-4 allowing them to climb from the 8th spot to the 6th spot.

With USC Baby Warriors already out in the running for a semifinal spot, the three remaining teams contesting that one coveted spot are USJ-R, SHS-AdC and CEC.

The Jaguars, on the other hand, need to get out of the bottom rung with their 2-8 card.

They may already be out of the title contest, but they still have a chance to salvage their pride as last year’s runner-up by winning their last two remaining games against Southwestern University (SWU) Phinma Cobras and defending champion University of the Visayas (UV) Green Lancers. /bmjo

Read Next
WATCH: 12-year-old girl from Bantayan Island has got some talent in singing