USC aiming for the top spot 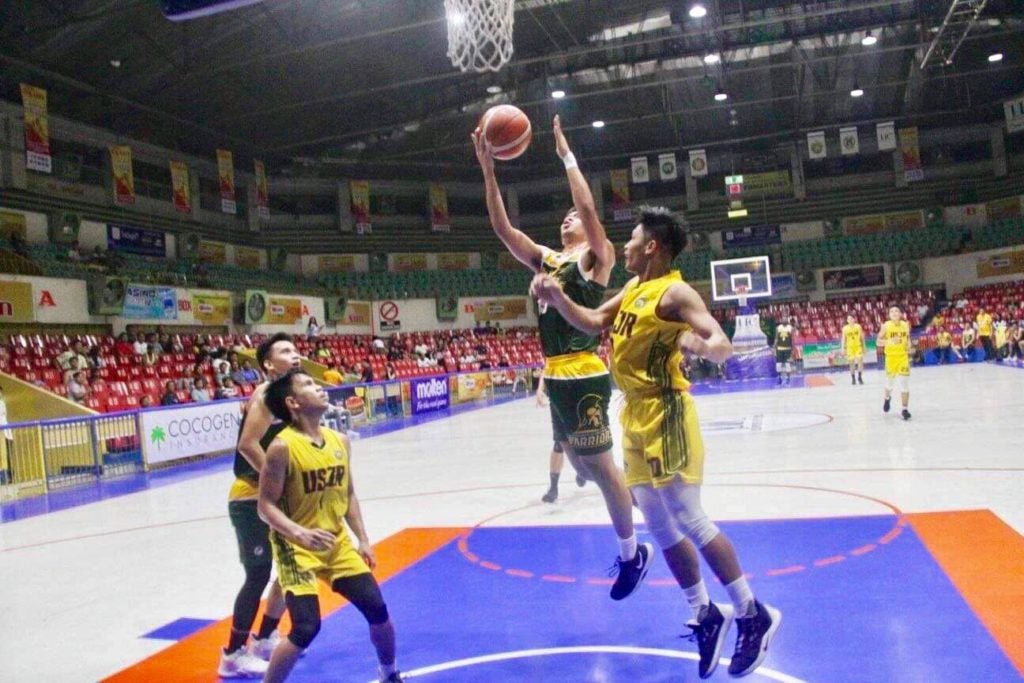 Jules Langres scores in the paint for the USC Warriors against the USJ-R Jaguars in a game last Tuesday, October 22, 2019. CDN Digital photo | Gerard Vincent Francisco

The Warriors’ 62-53 win against the University of San Jose-Recoletos (USJ-R) on Tuesday, October 22, 2019, not only solidified their bid but also moved them to second place in the team standings with a 7-3 (win-loss) card.

But USC isn’t contented with second place. At least for Roosevelt Jelianggao, who had 13 points in the win against the Jaguars.

(We now need to win our two remaining games straight so we can finish at either top 1 or top 2.)

USC’s last two games are against the University of Cebu (UC) Webmasters and the Cebu Institute of Technology University (CIT-U) Wildcats.

According to Jeliangao, the goal is to finishi at the top 2 so they would have enough breathing room and momentum going into the semis.

Teams that finish in the top two after the elimination round will have a twice-to-beat edge in the semifinal round.

Last year, the Warriors finished fourth and took on the top-seeded Jaguars armed with a twice-to-beat edge.

USC eventually lost against USJ-R and was relegated to the battle-for-third game against UC. The Warriors won their series against the Webmasters.

If the semis were to begin today, USC (2) would be facing the Green Lancers (3) while Southwestern University (SWU)-Phinma (1) takes on UC (4).

Read Next
Doctor gets death threat after joining rally at PGH