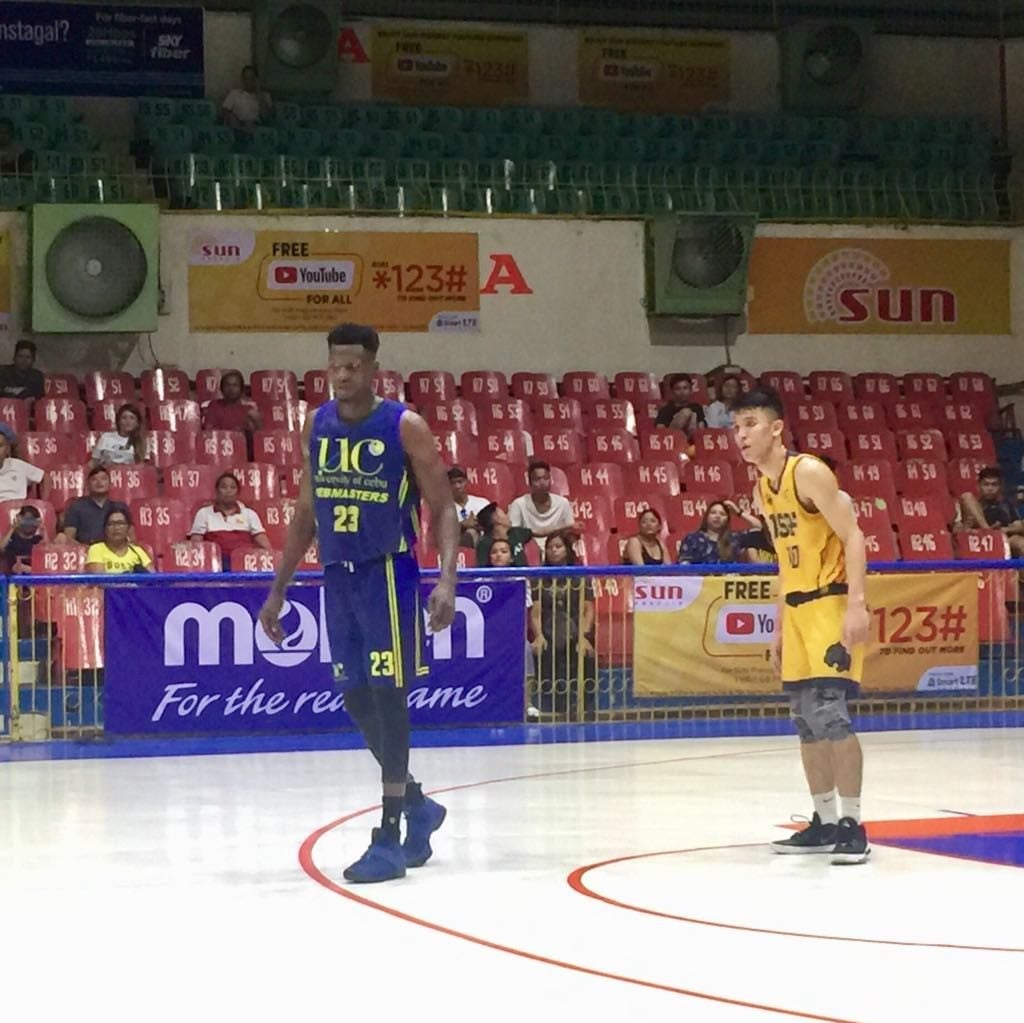 CEBU CITY, Philippines—The University of Cebu (UC) Webmasters sealed their entry into the top 4 of the Cesafi collegiate basketball game with a 79-62 demolition of University of Southern Philippines Foundation (USPF) Thursday, October 24, 2019.

UC improved their win-loss record to 6-3 after logging their third straight win.

USPF, which had a slim chance of making the semis prior to the game against UC,  dropped to a 3-8 card, absorbing their fifth straight loss in the second round.

Read Next
Gwen ‘assures’ DILG: My energy is totally dedicated to helping LGUs