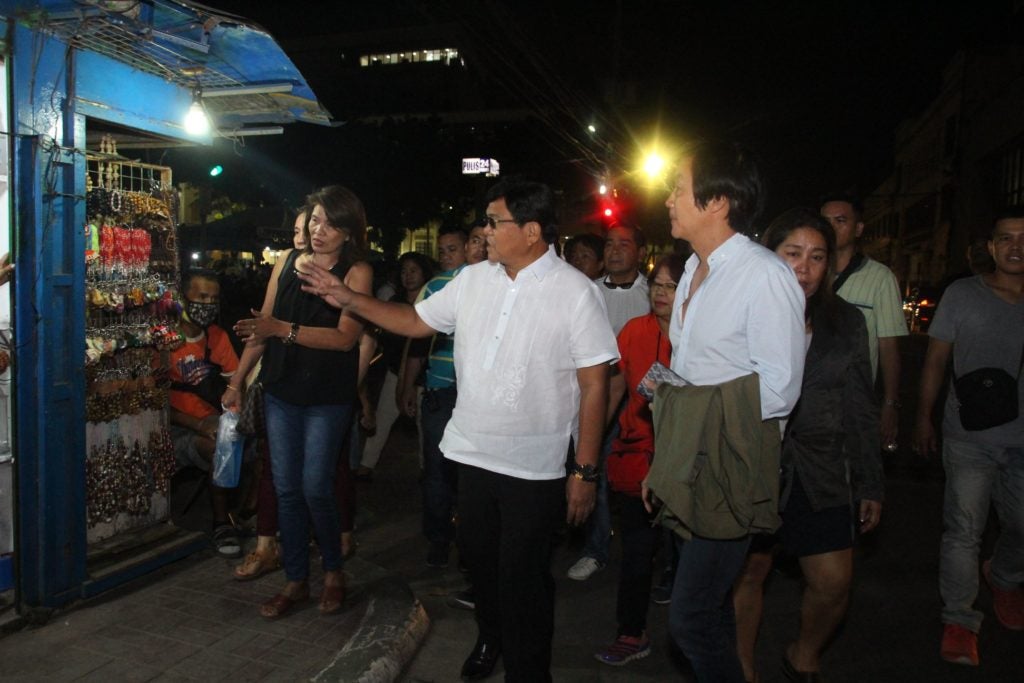 CEBU CITY, Philippines — The Carbon Market in Barangay Ermita and Sto. Niño vendors in D. Jakosalem Street in Cebu City will have new stalls that would be more eye-catching to the customers.

World renowned  designer, Kenneth Cobonpue, will be designing the stalls that would replace the ones designed by Conchita Tan currently being used for the stalls along D. Jakosalem.

Mayor Edgardo Labella conducted an ocular inspection on the stalls in D. Jakosalem with Cobonpue to discuss the possible changes of the area, and the mayor said he would want smaller stalls to ensure easy passage of pedestrians on the sidewalk.

“The Sto. Niño stalls, we are planning to make it somehow to have religious and heritage touches (in the design). In Carbon, we want our farmers and vendors to look dignified,” said the mayor.

Labella also said they were looking into partnering with private business to fund the revamp of the stalls, so the city would not have to spend millions on changing all the stalls in the Carbon Market.

He said that he would no longer allow the vendors to paint unfinished religious figures along the sidewalk because  it would take up space and it would not look pleasant to passersby.

“I do not like to see them painting religious sculptures along the sidewalk. Dili maayo (it does not look good),” said Labella.

The mayor also wants the stalls in D. Jakosalem regulated by the vendors themselves to ensure they will be properly placed in the area and not obstruct the cars or pedestrians passing by.

Labella said the revamp of the market stalls would ensure that the consumers would be invited to buy in the Carbon Market and D. Jakosalem Street, in turn giving more income to the vendors. /dbs