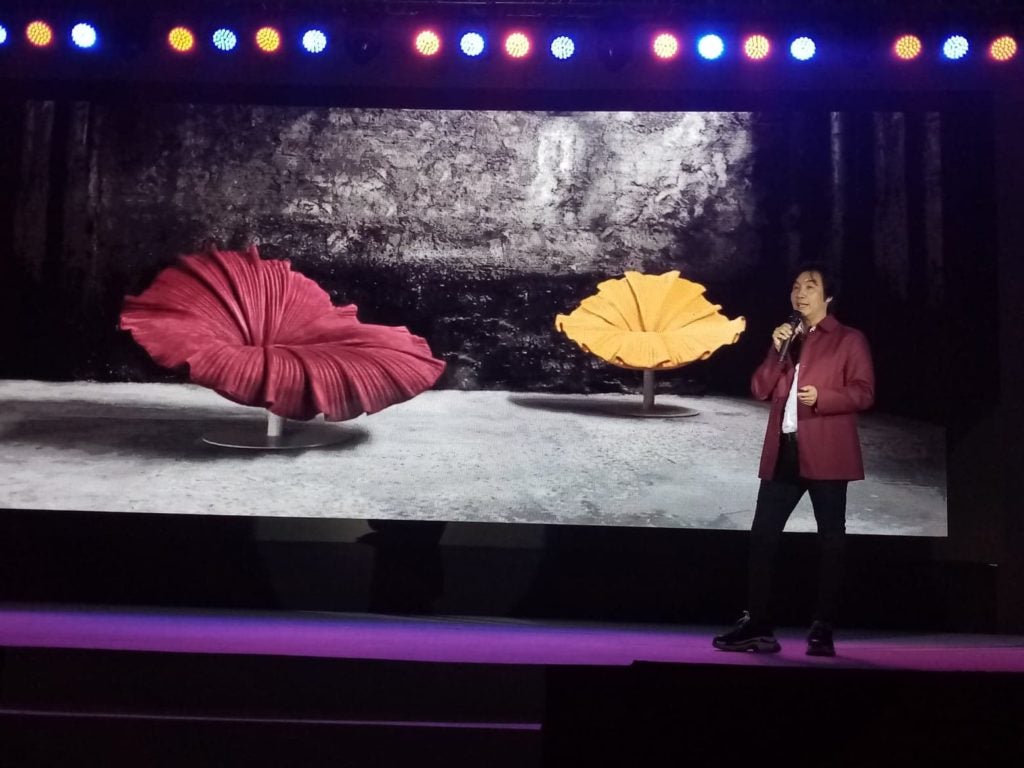 Multi-awarded designer Kenneth Cobonpue shares his experiences as he sought to establish his brand in the global scene during the Meaningful Redesign forum, one of the events during the ongoing Cebu Design Week being held at the IC3. | CDN file photo/Irene R. Sino Cruz

CEBU CITY–Long considered eyesores in Cebu City sidewalks, street vendors might become attractions if they use the stalls that will be designed by renowned industrial designer Kenneth Cobonpue.

“Kenneth Cobonpue has offered his services for free,” Labella said. “What  I envision is its going to be a uniform stall. will have the same color and sizes. But it will have to be designed so it will not cause obstruction in the city.”

According to the mayor, they were supposed to make an ocular inspection of the city streets Sunday.

However, he had many appointments so it did not push through.

Labella said the stalls will be placed in certain areas in the city streets where they would not become obstructions.

The mayor clarified that only the members of the  various vendors associations would be allowed to use the Cobonpue-designed stalls.

He added that he would be requesting foundations of provide funding for the construction of the stalls.

“I don’t want vendors to spend their own money (for the stalls),” the mayor added.