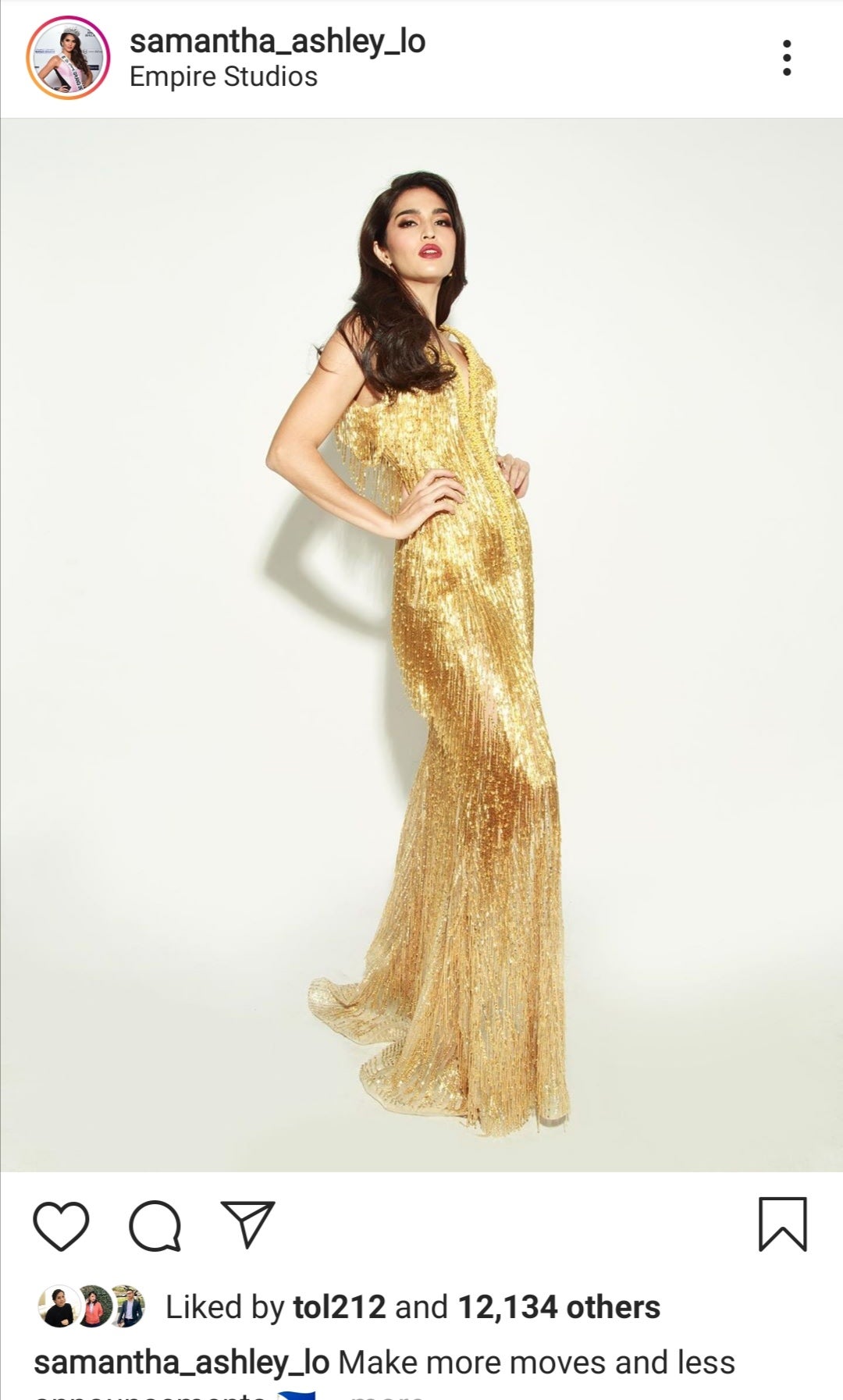 CEBU CITY, Philippines — Controversial beauty queen Samantha Ashley Lo will end several months of preparations today, October 26, (October 25 in Venezuela) in the Miss Grand International 2019 pageant as the coronation night is currently happening in the Spanish-speaking country as of this posting.

The journey has not been easy for Lo after she reported as “missing.”

News came out that she was detained in Paris and deported back to the Philippines because of passport issues.

She resurfaced in Caracas, Venezuela after missing several pre-pageant activities including the welcome ceremony and press presentation and the swimsuit competition on October 15 and 16 respectively.

READ: Samantha Lo breaks silence; says she is now in Venezuela to compete for MGI 2019

She, however, was able to catch up in the national costume competition where she is now on Top 10 list of most popular votes.

BPCI said that Lo’s parents confirmed that the beauty queen obtained her passport from a fixer.

Despite the controversy, Lo confidently carried on with the competition.

On October 23, she sashayed her way in the preliminary competing wearing a yellow two-piece swimsuit and then a gold floor-length gown by Ryan Ablaza Uson.

She posted meaningful quotes which accompanied her swimsuit and evening gown photos. 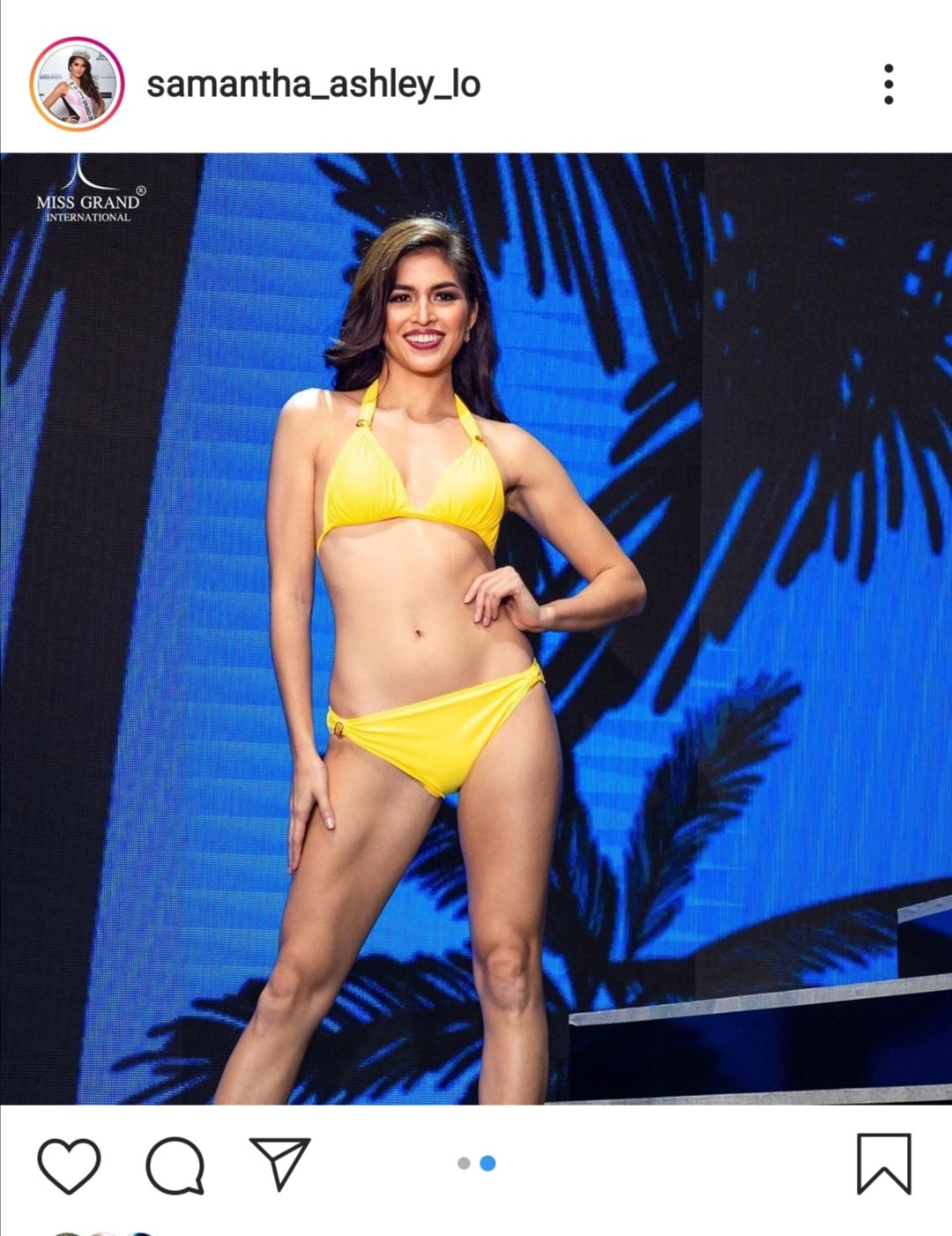 In her swimsuit photos, she wrote: “I stand tall and proud because I know I’m not alone… There are 104.9 million other Filipinos all fighting right behind me.” 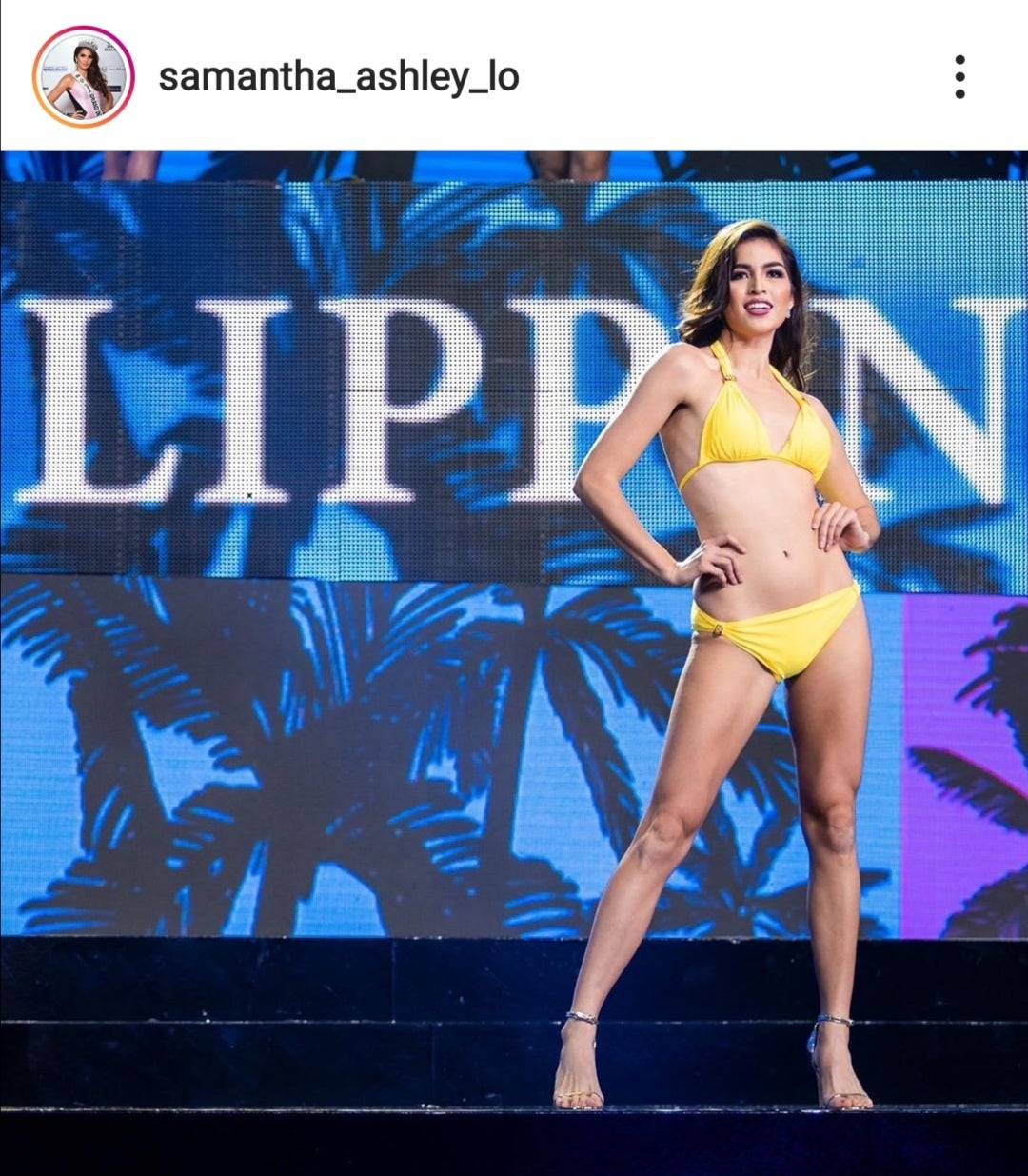 Samantha Ashley Lo goes for the winning form as she shows what she’s made of in the preliminary competition of Miss Grand International 2019 pageant last October 23. | Screenshot of Samantha Lo’s Instagram post

Her gown designer also shared photos of Lo with captions such as: “The comeback is always stronger than the setback.”

In another set of photos of Lo wearing what happens a backless gown in muted pink, Uson writes, “A Queen how to build her empire with the same stones that were thrown at her.”