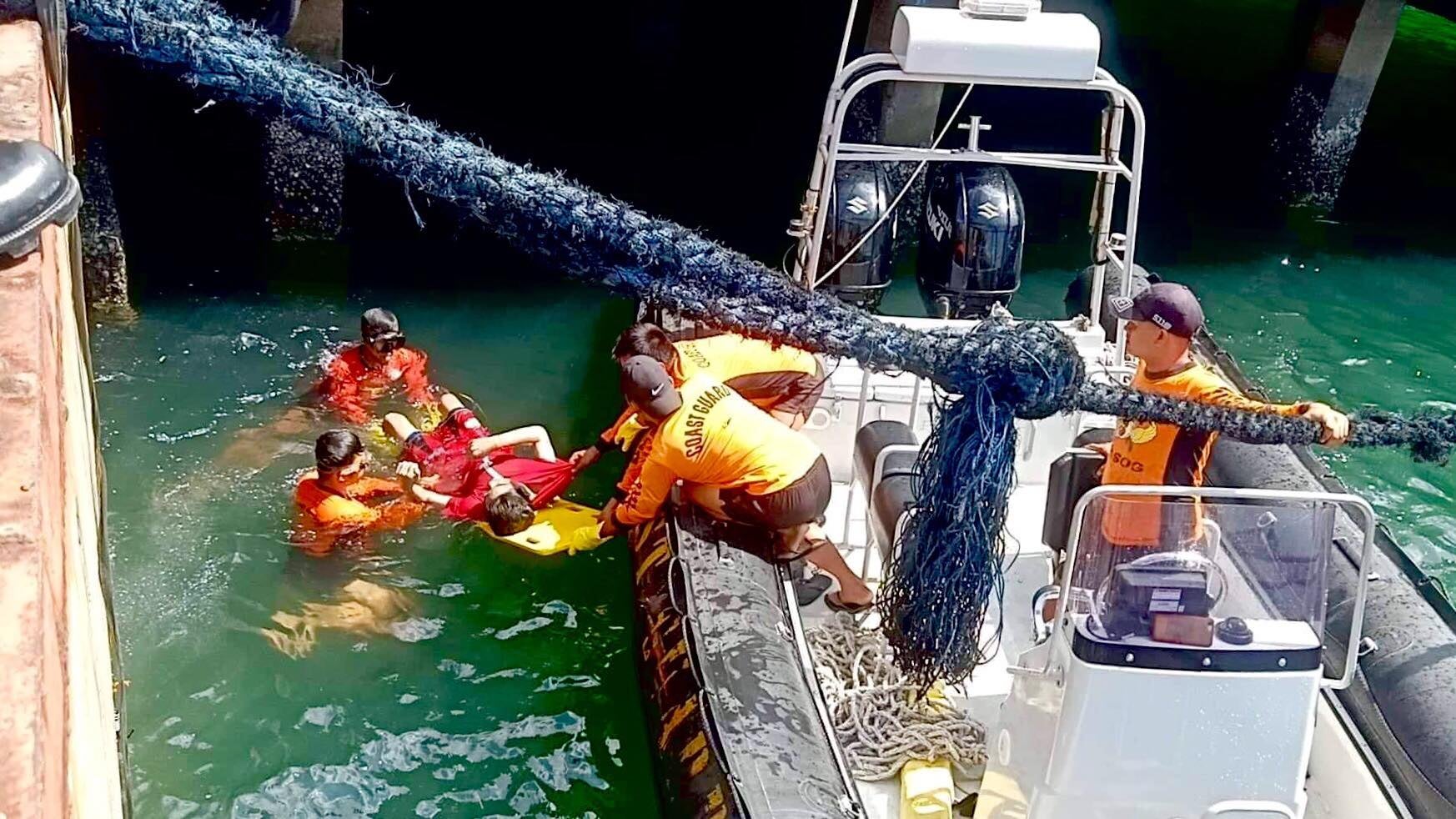 Coast Guard personnel recover the body of an unidentified man in Pier 4 of the Port of Cebu on Tuesday morning, November 5, 2019. | Photo Courtesy of PCG-7

CEBU CITY, Philippines — Authorities have identified the body who was found floating off the waters of Pier 4, a few minutes past 10 a.m. on Tuesday, November 5.

The body was identified as that of a 14-year-old boy, according to his parents.

The victim’s mother said the boy has been missing since Sunday night, November 3.

The body was bloated when members of Coast Guard Cebu discovered it a few minutes past 10 a.m. on Tuesday, November 5.

Authorities estimated that the body has been floating in the water for 24 hours.

The boy was wearing a pair of shorts and a red shirt with no identification card in his person.

The mother said her son had a mental disability.

She said they have been searching for the boy since Sunday.

At the time of posting, the parents of the boy are at the the Saint Francis Funeral Homes along N. Bacalso Street in Cebu City. / celr

Read Next
Robredo is ‘being set up to fail,’ Lagman warns