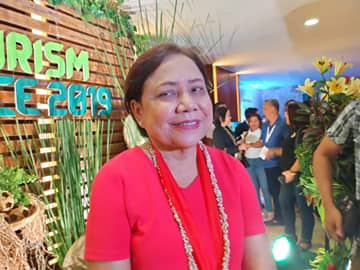 “​We are really happy that farm tourism has really become a “sunshine industry” in many parts of the country,” Villar told the conference participants.

The senator noted that the combination of agriculture and tourism was really a potent and effective one.

“The active involvement and continued interest, and of course investment, of people like yourselves will also help fast-track the further growth and development of farm tourism,” Villar told the International School of Sustainable Tourism (ISST), which organized the yearly conference. This year’s conference was co-organized with the Cebu Alliance of Tour Operations Specialists.

According to Villar, the Directory of Farm Schools, Tourist Farms and Learning Sites, which features farm tourism destinations, only had 300 entries.

However, the number of sites has increased to 2,000 so the directory has to be revised, she added.

She noted that the interest in farm tourism has been tremendous.

“Farm tourism sites have been mushrooming everywhere and they are doing really well,” Villar said. “So much so that even non-farmers such as overseas Filipino workers or OFWs are showing interest in it.”

During the annual OFW and Family Summit, farm tourism was among the business ideas that really interests OFWs, she said.

Villar explained that farm tourism provides numerous opportunities for everyone, not only for farmers and fisherfolks.

“And conferences such as this will contribute significantly in keeping the momentum going  in the agri-tourism industry. With our continued concerted collective efforts, we can build up the momentum,” she added./elb