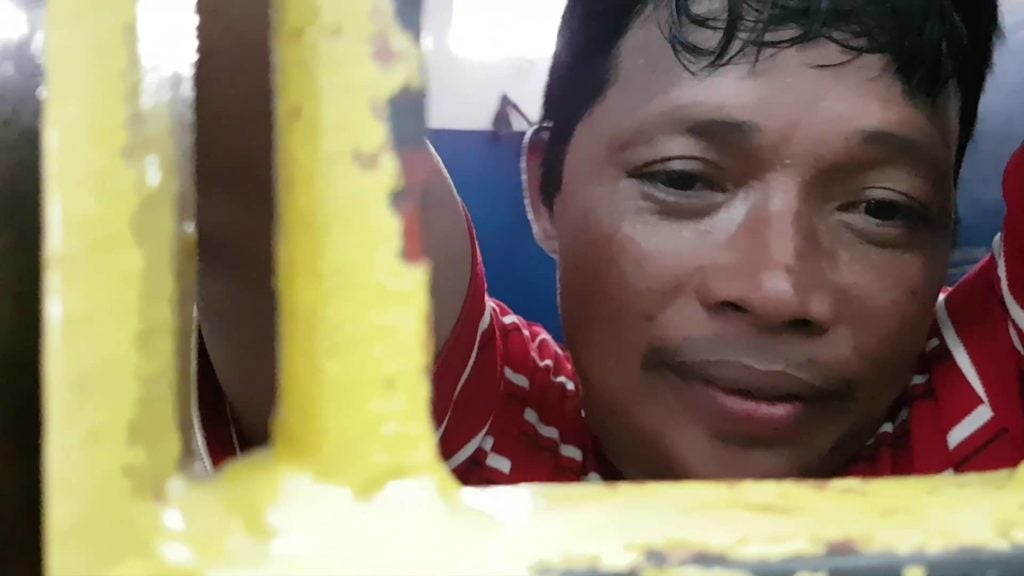 A former security guard, who now works as a porter at the Pasil Fish Port in Cebu City, was arrested by the police shortly after he shot a construction foreman at the fish port around 11:25 a.m. today, November 10, 2019.

Rolando Toradio, 37, said he had been planning of killing Amador Santing, 50, whom he accused of bullying.

Toradio said that Santing, who works as a foreman at an ongoing construction project at the Pasil Fish Port, had been calling him “boang” or crazy as a means to tease him.

(He would call me crazy.)

Toradio, a resident of Sitio Buenavista in Barangay Pasil, said that he was no longer able to contain his anger for Santing, the reason why he decided to kill him.

Santing, who sustained a bullet wound just below his right ear, was brought to Vicente Sotto Memorial Medical Center (VSMMC) for treatment.

Toradio claimed that the alleged bullying started when he also started working as a porter at the fish port in October. It was then when he met Santing, a native of Agusan del Sur, who is temporarily staying in rented place in Barangay Pasil close to their project site.

Since their first meeting, Santing had never stopped teasing him and calling him “boang,” he alleged.

Toradio admitted that he sniffed shabu on Saturday night, Nov. 9.  It was then that he decided to already execute his plan to kill the foreman.

At round 8 a.m. today,  Toradio and a few other port workers were drinking liquor at the port barracks when Santing asked to join them.

When they started to argue, Toradio said he took out a .38 caliber revolver, the service firearm which he used when he still worked as a security guard, and shot Santing on the face.   He said that he no returned his firearm when he left their security agency in September.

Toradio said that he immediately left while witnesses in the area called for police assistance.

Police Staff Sergeant Roberto Emperado of San Nicolas Police station said that they arrested Toradio while he was walking near the Forbes Bridge in the neighboring Barangay Ermita, 15 minutes after the shooting incident was reported to the police.

Toradio was already detained in San Nicolas detention cell with police prepare a complaint for frustrated murder against him. / dcb