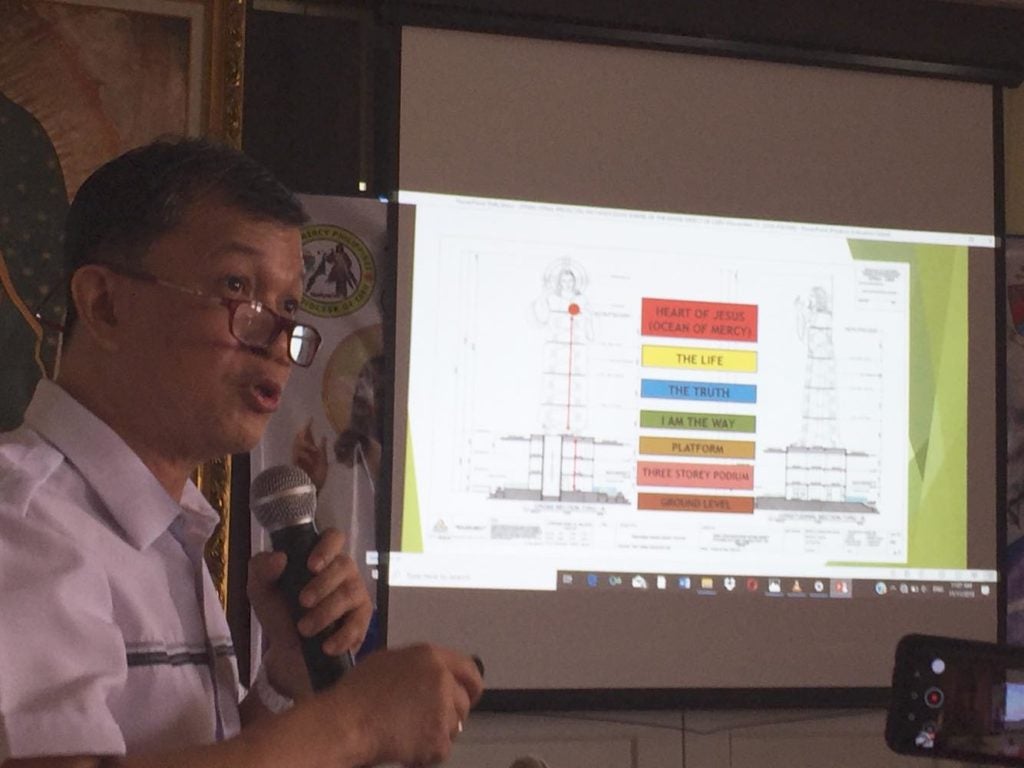 Fr. Brigoli said during the press conference on Monday, November 11, at the Archbishop’s Palace, that the statue installation of the Archdiocesan Shrine of the Divine Mercy would be the topmost priority of the project.

“Mao gyud ni ang una sa tanang structures nga atung giplano. Mao gyud ni siyay unahon nato pagtukod.  Mao ni sya ang primary concern and top priority of all the structures. We focus all of our attention, efforts, and prayers to the commencement of the construction of the statue.”

(The Archdiocesan Shrine of the Divine Mercy statue is the primary concern and top priority of all the structures in the shrine. We focus all of our attention, efforts, and prayers to the construction of the statue)

It is one of the two projects of the Archdiocese of Cebu. The other project is a giant image of Our Lady of Fatima to be constructed in San Remigio town, a northern Cebu town located 91.5 kilometers from Cebu City.

The icon is also expected to bring visitors from all over the world in Consolacion town especially pilgrims who are planning to visit Cebu during the commemoration of the quincentenary of the Philippine Christianization in 2021.

Engineer Rey L. Ralota, member of the Archdiocesan Shrine of the Divine Mercy de Cebu Foundation Inc.’s technical working group, said that SDMCF based the overall concept design of the shrine on the “The Holy Bible” story, the winner of the concept design contest organized by the organizatiom last 2015.

In a 6-minute video presentation of “The Holy Bible,” the almost six-hectare shrine in Garing will show various structures present in the Holy Book such as Garden of Eden, the Noah’s Arc, the New and Old Testament, Stations of the Cross, and the Resurrection of Jesus.

Ralota said that the foundation had also tapped the services of urban planner and world renowned architect Felino “Jun” Palafox, the man behind the Divine Mercy Healing Shrine in Misamis Oriental. 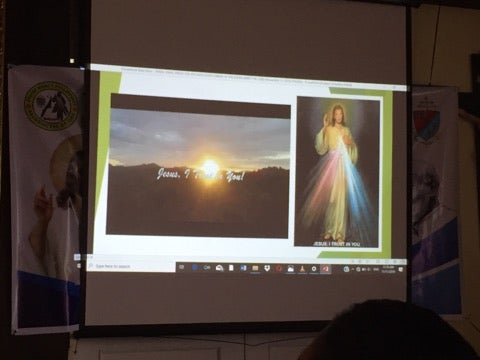 Hollywood-like signature sign is expected to rise together with the 130-foot Divine Mercy icon. The sign is spelled out “JESUS, I TRUST IN YOU”

Aside from the gigantic statue located at the Phase 1 of the six-hectare shrine, Ralota said that a Hollywood-like signature sign would also expected to be erected on the top of a mountain in Baring 1000 feet above sea level.

The sign is spelled out “JESUS, I TRUST IN YOU.”

On behalf of his family, former Consolacion Mayor Avelino Gungob Sr. said that they were grateful as the Shrine of The Divine Mercy de Cebu Foundation, Inc. accepted their land donation.

He also narrated when his family decided to donate their six-hectare property in Barangay Garing to the foundation for the installation of the Divine Mercy icon. 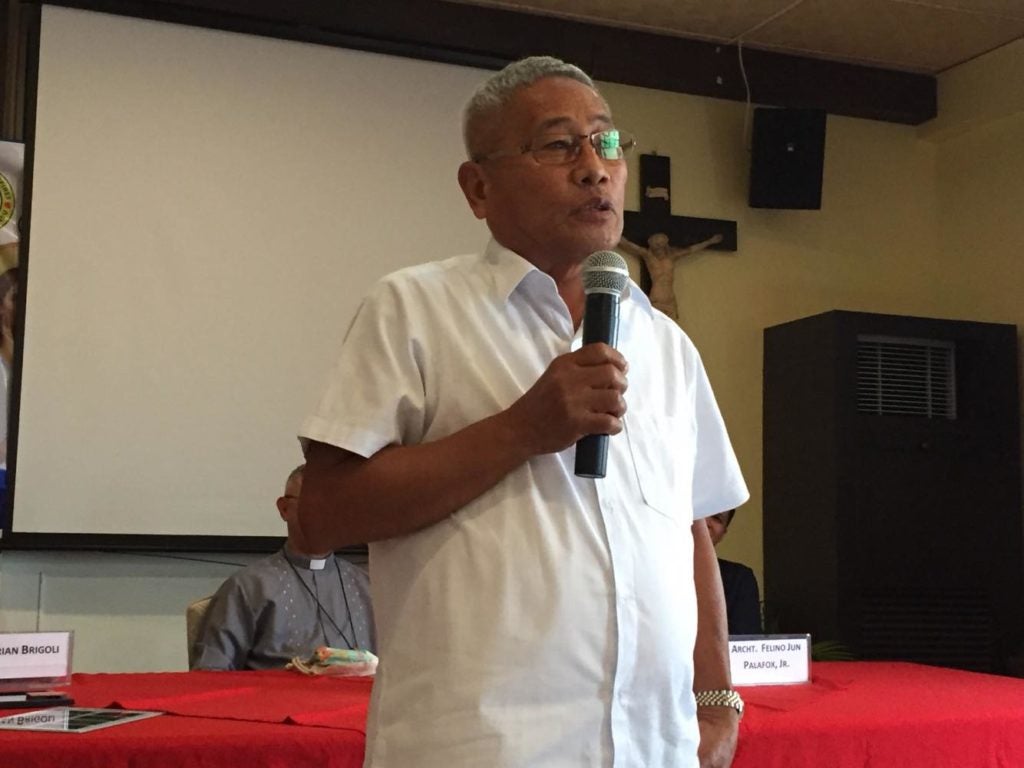 In behalf of his family, Former Consolacion mayor Avelino Gungob Sr. expressed his gratitude to the official of the Shrine of The Divine Mercy de Cebu Foundation, Inc. for accepting their 6-hectare land donation.

(I called the attention of my family. We had a meeting. My children told me. Tay, we can’t obtain everything and we have some properties, how about we give back those to the Lord? We [the foundation] will not let them pay. We will just donate it.)

Meanwhile, Cebu Archbishop Jose Palma said that he was thankful to former Consolacion Mayor Avelino Gungob Sr. and his family who donated the six-hectare designated lot where the Divine Mercy icon would be put up.

Palma also said that the installation of the Archdiocesan Shrine of the Divine Mercy in Barangay Garing would be ‘a beautiful contribution of Cebu to the world.”/dbs