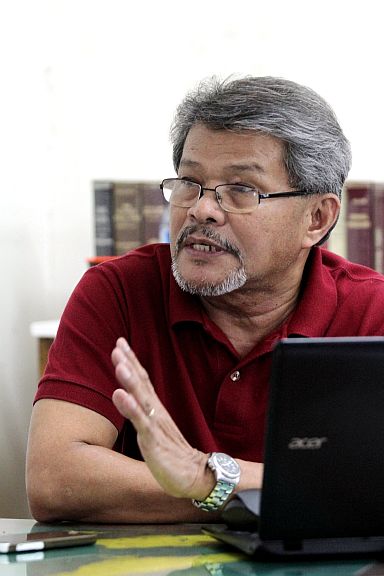 CEBU CITY, Philippines — The investigators of the the Commission on Human Rights in Central Visayas (CHR-7) will recommend the filing of administrative and criminal charges against the police officers, who escorted slain Clarin, Misamis Occidental Mayor David Navarro.

This after the four police escorts, who were issued subpoenas by the CHR-7 last November 5, 2019, sent their reply in a letter on November 11 stating that they would waive their right to appear before CHR-7 investigators of the Navarro case.

“The Philippine National Police (PNP) have the discretion not to grant the request to submit documents because there might be sensitive information that might be divulged including the identity of confidential source,” read a portion of the letter as a reply of the police to the CHR-7’s subpoena.

According to Villarino, the cooperation of the police in the investigation would have been part of the due process and also would have been a chance to help them clear their name in relation to the incident last October 25, where a van with armed men ambushed the convoy of Navarro and shot him dead.

“Ang public perception is wala silay gibuhat (they did not do anything) when the mayor was shot to death by armed persons,” said Villarino.

The police escorts and even Police Colonel Gemma Vinluan, then Cebu City Police Office chief, were later relieved from their posts to give way to an impartial investigation conducted by the National Bureau of Investigation Central Visayas Regional Office (NBI-CEVRO).

Villarino added that since they had received the statement of the Navarro family and the other witnesses, they were hoping to also hear the side of the police.

“It is up to our legal department to evaluate whether the evidence we have gathered is sufficient,” said Villarino.

Villarino was referring to CHR-7’s investigators’ recommendation to file administrative and criminal charges against Navarro’s police escorts that they planned to submit together with the other evidence they had gathered to the commission’s legal department when their investigation would be done.

Meanwhile, Police Colonel Geovanie Maines, acting CCPO chief, told reporters in press briefing this noon (November 11), that the officers involved with the Navarro case would be open for investigation which was the main reason they were administratively relieved from their posts so that they could freely attend invitations from the NBI or CHR for the investigation of the case./dbs