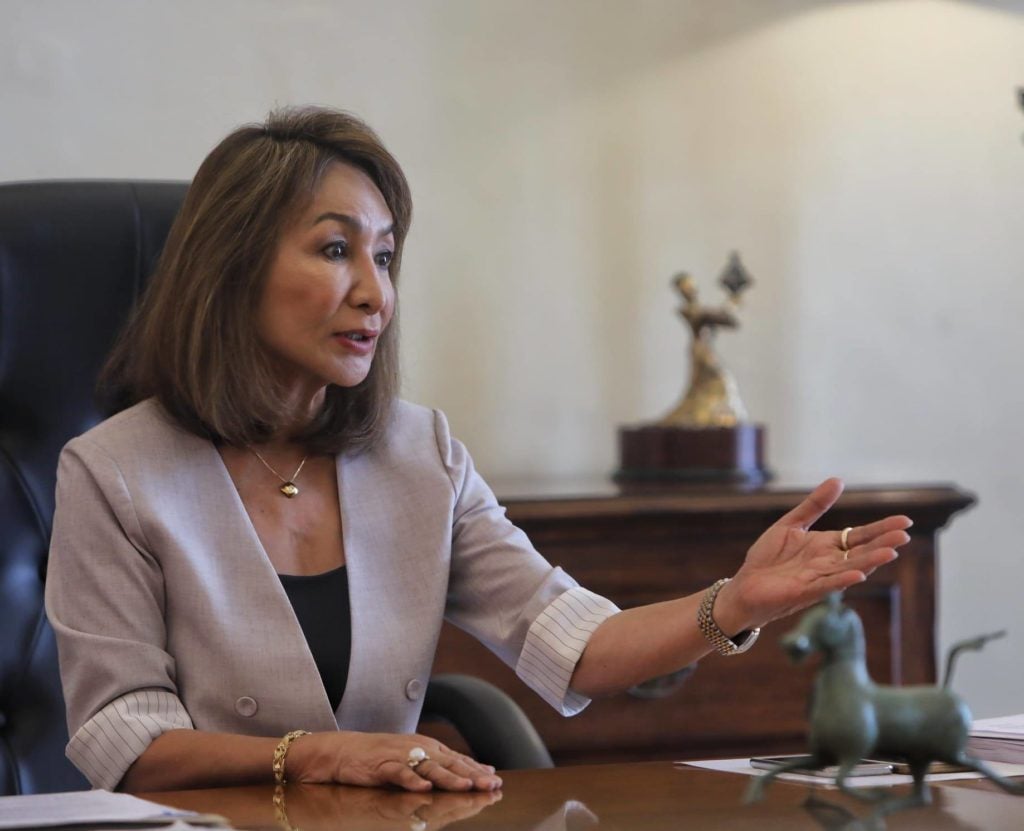 CEBU CITY, Philippines — Governor Gwendolyn Garcia has called on the Department of Education to focus on the academic tracks in the basic education curriculum instead of engaging in technical vocational education (TLE).

“I wish DepEd will focus on the academic performance of our students because we are not envisioning that our students will  most of them be making dish gardens or become carpenters. We would like to see them excelling in academics because after all, that is really the measure of excellence,” she added.

Garcia, in an interview on Tuesday, November 12, 2019, said the education agency should let the Technical Education and Skills Development Authority (Tesda) to take care of the honing the craftsmanship of the students.

The governor made the remark after she earlier consulted the mayors if they would prefer that the students from their municipalities would no longer be sent to the provincial meet of the DepEd Technolympics.

The Technolympics is a competition for students in different technological and livelihood tracks like carpentry, dish gardening, cosmetology, and dressmaking, among others.

“Kaning mga techno-whatever that is, mga carpentry, landscaping, dish gardening, I think Tesda is the proper agency for that. They have scholarships for that,” Garcia said.

She said that during her meeting with the mayors on Monday, November 11, it was pointed out that the province had low performance in the recent national achievement test (NAT).

(No wonder, it was pointed out during that meeting that the national achievement test scores of our students were quite low. Could it be perhaps of the several activities like the techno-techno thing that do not include sports.)

TLE is part of the curriculum of the Philippine basic education system, covering both elementary and high school.

Garcia also questioned elementary pupils need to undergo TLE subjects when they were still far from deciding if they would venture on academic tracks or vocational studies in their higher education.

“Not to disparage those who would rather prefer to go for the skills ba kay di man gyud pareho ang tanan. But let us give all of our students the chance and even the challenge to excel academically,” Garcia said./dbs

Your subscription could not be saved. Please try again.
Your subscription has been successful.
Read Next
Cebu City Fire Dep’t intensifies info drive, volunteer trainings as holidays draw near