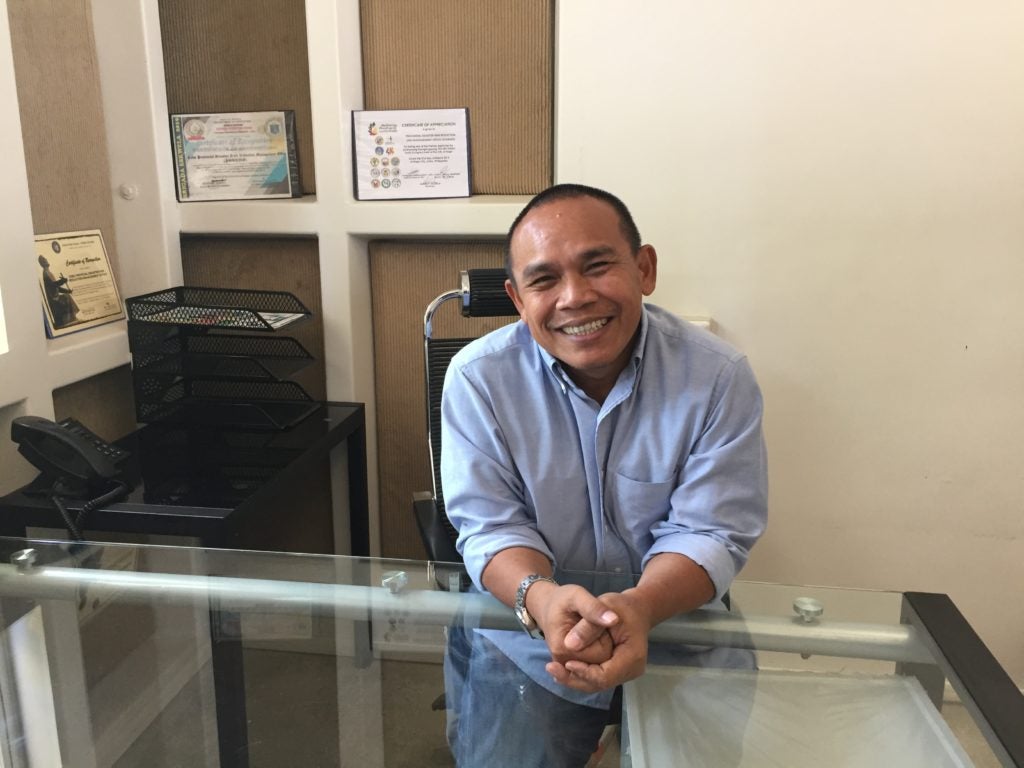 Outgoing PDRRMO Chief Baltazar Tribunalo Jr. is all smiles as he clears out his office before he will bid farewell to the position he held for five years. |CDND Photo/ Rosalie Abatayo

Tribunalo will spend his last day in the office tomorrow, Friday, November 15.

Tribunalo decided to separate from service following the downgrading of the PDRRMO into a division under the Office of the Governor last August.

He was appointed by former governor and now Vice Governor Hilario Davide III in 2014 after one year of consultancy services.

Prior to the downgrading, the PDRRMO was a full department at the Capitol since 2015.

“Despite this, I would still be willing to help if they would tap me,” Tibunalo said in an interview on Thursday, November 14.

Read more: Tribunalo, Meca to ‘separate from service’ after downgrading of Capitol offices

Governor Gwendolyn Garcia earlier announced that the PDRRMO chief position will be given to Neil Sanchez, the head of the PDRRMO before Tribunalo. His appointment will take effect on November 18.

Tribunalo said he would focus on his family as he returns to his private life.

Tribunalo, who before joining Capitol worked for a non-government organization involved in combating climate change, said he would continue his advocacy for disaster preparedness and battling the effects of global warming and climate change.

“As of now, I have not made any commitment. I will be focusing on my family. But I already have schedules for training organizations still in line with DRRM,” Tribunalo said.