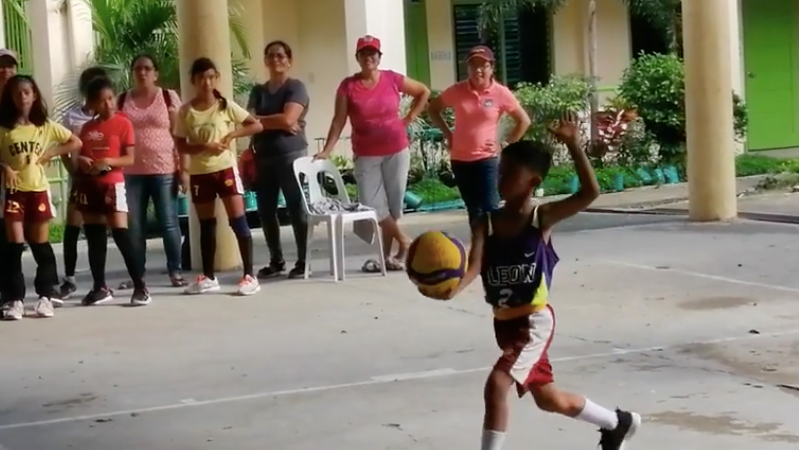 CEBU CITY, Philippines— A volleyball game to many is something serious.

But what’s a volleyball game without a little comedy in between those serious rallies.

And one of the officiating referees from the game in Pavia Iloilo captured a unique kind of service done by one of the players.

Harold Jun Cañonaso, 34, uploaded on his Facebook account on November 8 the beauty queen-like serve of a 10-year-old player.

“This happened during the Second Congressional District Sports meet in Pavia, Iloilo, where Gian Carlo Calugas was one of the players from Dorog Elementary school, Leon, Iloilo, and who stood out because of this witty act in serving,” says Cañonaso.

In the video, you can see Calugas holding the ball while strutting a graceful catwalk before hitting the ball to serve.

Well, with Calugas’ serving style on the court, volleyball games now can have comedic relief from time to time.