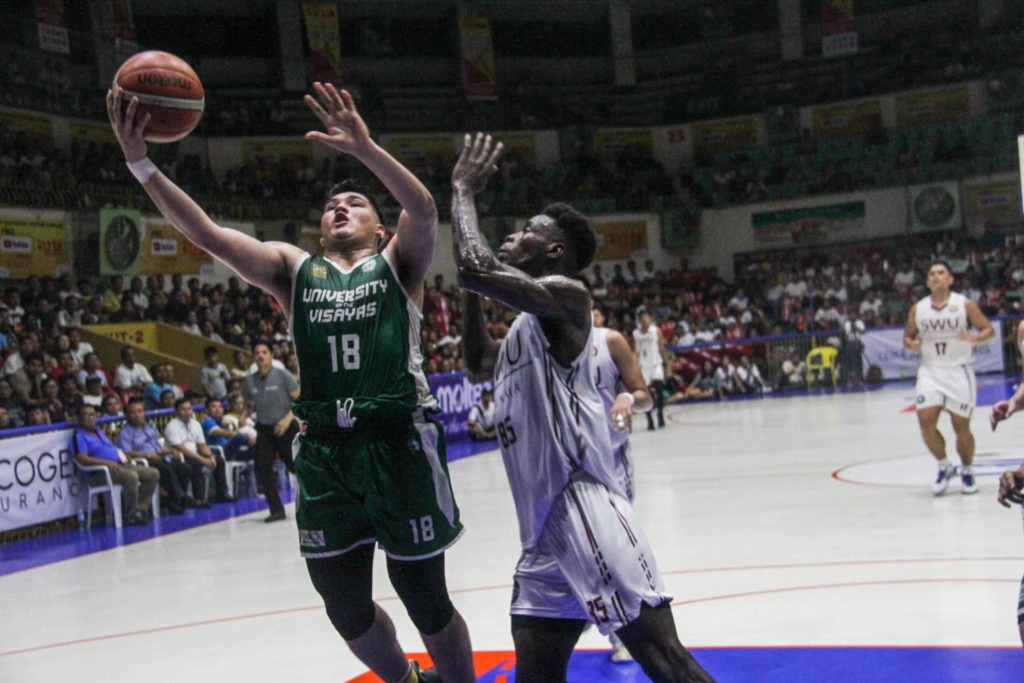 Clutch shots from Lamine Thiam and Sir Shaquille Imperial inside the last two-minute mark guaranteed the win for the Cobras as they were able to pull away from the Green Lancers by six points, 69-63.

#Cesafilive: Interview with SWU-Phinma's Shaquille Imperial, who sank a huge three pointer in that helped the Cobras beat UV in Game 1 of the Cesafi men's basketball finals at the Cebu Coliseum.

Froiland Maglasang gave UV a chance when he sank a three that sliced the lead down to 66-69 but a bad pass by import Las Coulibaly after a failed attempt by SWU-Phinma spelled doom for the defending champions.

SWU-Phinma, the preseason Partner’s Cup champions, now have a 1-0 lead in the best-of-three series and can wrap up the series and deny UV a four-peat with a win in Game 2 on Thursday, November 21.

Thiam led the Cobras with 16 points while Imperial added 14.

The Green Lancers had a chance to again slice the lead when Coulibaly collared a rebound and went for a shot but the smaller Imperial blocked his shot and gave SWU-Phinma the possession.

Thiam then found Imperial open from the right wing and the flashy guard drilled in a dagger three that gave SWU-Phinma a comfortable 69-63 lead with 52 seconds left.

WATCH: Shaquille Imperial’s dagger three pointer late in the game that paved the way for SWU-Phinma's huge win over the UV Green Lancers in Game 1 of the men's basketball finals on Monday, November 18, 2019. | Immae Lachica #CDNDigital

LIVE: Game 1 of the Cesafi college basketball finals between defending champion University of the Visayas and Southwestern University-Phinma.

Read Next
PB budget committee endorses P12-billion budget ‘as is’