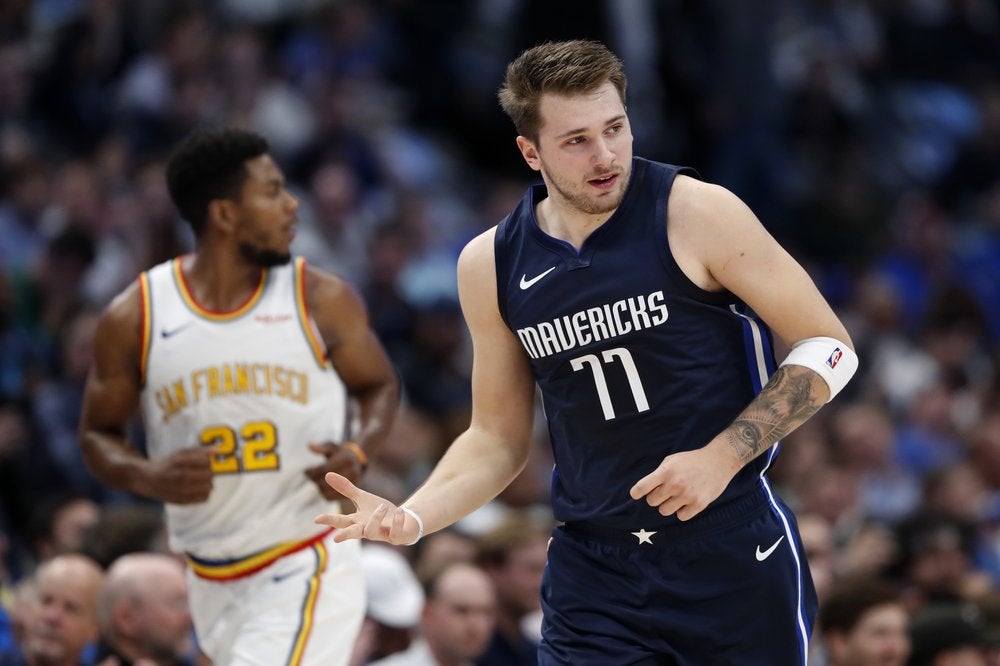 DALLAS — The front of their jerseys said “San Francisco” and the names on the back weren’t the same Golden State Warriors that reached the past five NBA Finals.

Luka Doncic scored 33 of his 35 points in the first half and had yet another triple-double to help Dallas hammer short-handed Warriors 142-94 on Wednesday night (Thursday morning, November 21, 2019, Philippine Time).

The second-year star from Slovenia was coming off a 40-point triple-double Monday. With his team up big on this night, Doncic played only 25 minutes total, but still managed 10 rebounds and 11 assists. He has an NBA-best seven triple-doubles in 14 games.

“If he had kept playing today, he probably would have had 50 (points),” teammate Tim Hardaway Jr. said. “He’s doing a great job playing with the utmost confidence.”

Doncic had 22 points, five assists and five rebounds in the first quarter alone.

“I see (the stats), but I don’t know what to say,” Doncic said. “It’s great to read about. I just enjoy the basketball.”

The Mavericks tied a franchise record with 22 3-pointers while sending Golden State to its worst loss since a 1973 playoff game.

“Flush it down the toilet,” Warriors coach Steve Kerr said when asked what his team can take away from the game. “Literally, you just move on. You don’t take anything from a game like this.”

Tim Hardaway Jr. added 20 for Dallas. Kristaps Porzingis had 14 points and 10 rebounds for his fourth-straight double-double.

The Warriors are an NBA-worst 3-13. Their five-year run of at the top of the NBA has collapsed under a weight of injuries, with Draymond Green out Wednesday because of right heel soreness.

With Green out, Golden State dressed only eight players, none of whom suited up for the team last season when it made the NBA Finals for the fifth consecutive year.

Kerr could at least find humor in the Warriors’ result.

“Tough to lose by 48 points, but a break here or there and it only would have been 42 points,” Kerr said, then paused and added, “Nobody caught the sarcasm? I was trying to be funny.”