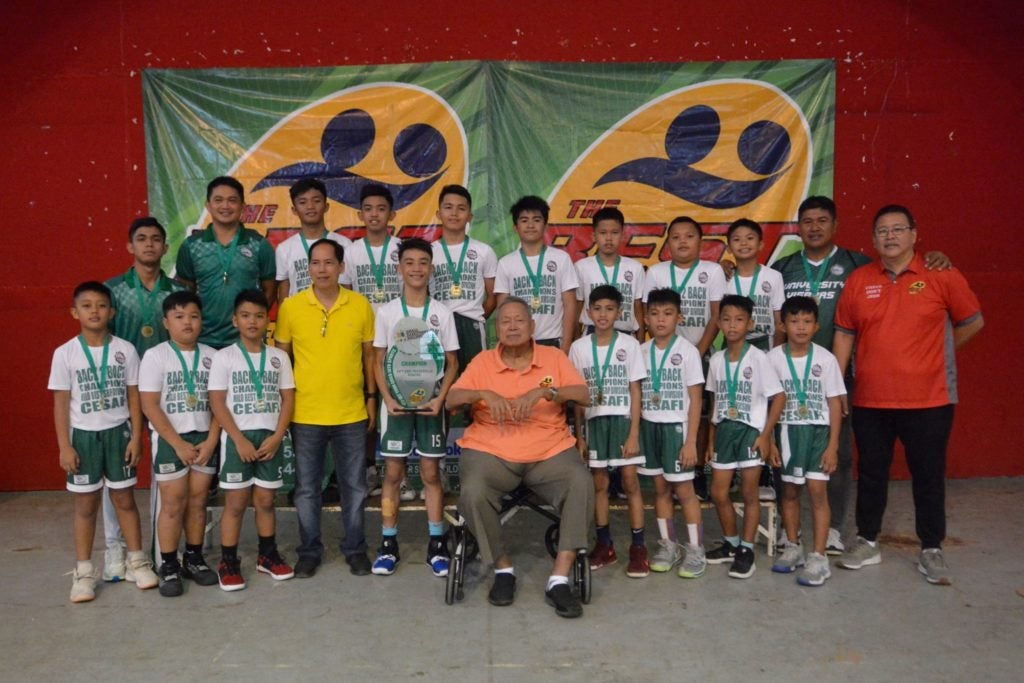 The University of the Visayas (UV) SBP team after they defended their Visayas title last November 10 in Iloilo City. | Contributed Photo

CEBU CITY, Philippines—The University of the Visayas (UV) SBP team will be hoping to improve its runner-up finish last year as they represent Visayas in the 34th SBP Passerelle Twin Tournament National Finals on November 23 and 24, 2019 at the Dinggoy Roxas Civic Center in Roxas City.

This is the second straight year that UV will be representing Visayas.

The young cagers earned a slot to the national finals after defending the Visayas title last November 10 against St. John’s Institute of Bacolod, 40-35, in Iloilo City.

The back-to-back Visayas champions will go up against La Salle Greenhills, who will be seeking a 5-Peat; Berkeley School of Baguio representing Luzon; and Corpus Christi School of Cagayan De Oro, the  Mindanao champions.

In the Passerelle division, National University (NU) will be going for its second straight national championship against Hercor College of Roxas, the Visayas champions; Xavier University High School of Cagayan De Oro, the  Mindanao champions; and International School for Better Beginnings of Lucena, the Luzon champions.

The SBP Passerelle Twin Tournament is the premier tournament for the age group/grassroots level for the sport of basketball.