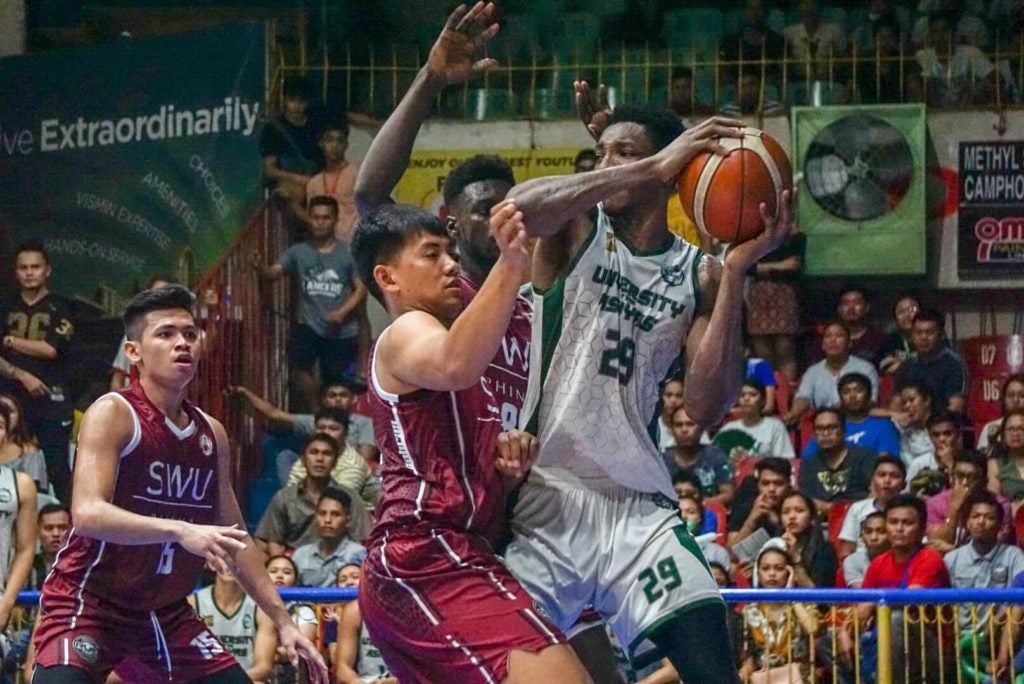 Cebu City, Philippines—The University of the Visayas (UV) showed the heart of a champion as the Green Lancers downed the Southwestern University (SWU)-Phinma Cobras, 73-59, in Game 2 of the Cesafi men’s basketball finals on Thursday, November 21, 2019, at the Cebu Coliseum.

The defending champions tied the best-of-three series at 1-1 to force a winner-take-all game to be played on Friday, November 22, at the same venue.

Las Coulibaly led the UV win with 13 points, taking advantage of the absence of SWU-Phinma import Lamine Thiam for most part of the game due to foul trouble.

WATCH: Check out this sick stepback three pointer by UV’s Gab Cometa to end the third quarter of Game 2 of the Cesafi men’s basketball finals against SWU-Phinma at the Cebu Coliseum. | Immae Lachica #CDNDigital

Thiam, who was among the Mythical Five Selection, was called for two early fouls in the first quarter that forced him to sit out the game early.

He returned in the second quarter only to commit another foul, his third, with one half to play. He then was called for his fourth foul in the third, which affected his defensive ploy on the 6-foot-8 Coulibaly.

Thiam did score 13 point, too, but it was Sir Shaquille Imperial who led the losing squad with 15.

Imperial was earlier named the season’s Most Valuable Player (MVP).

LIVE: Game Two of the Cesafi college basketball championship game between the Southwestern University – PHINMA Cobras and the University of the Visayas Green Lancers at the Cebu Coliseum, November 21, 2019. #Cesafi2019 #CesafiLive #CDNDigital