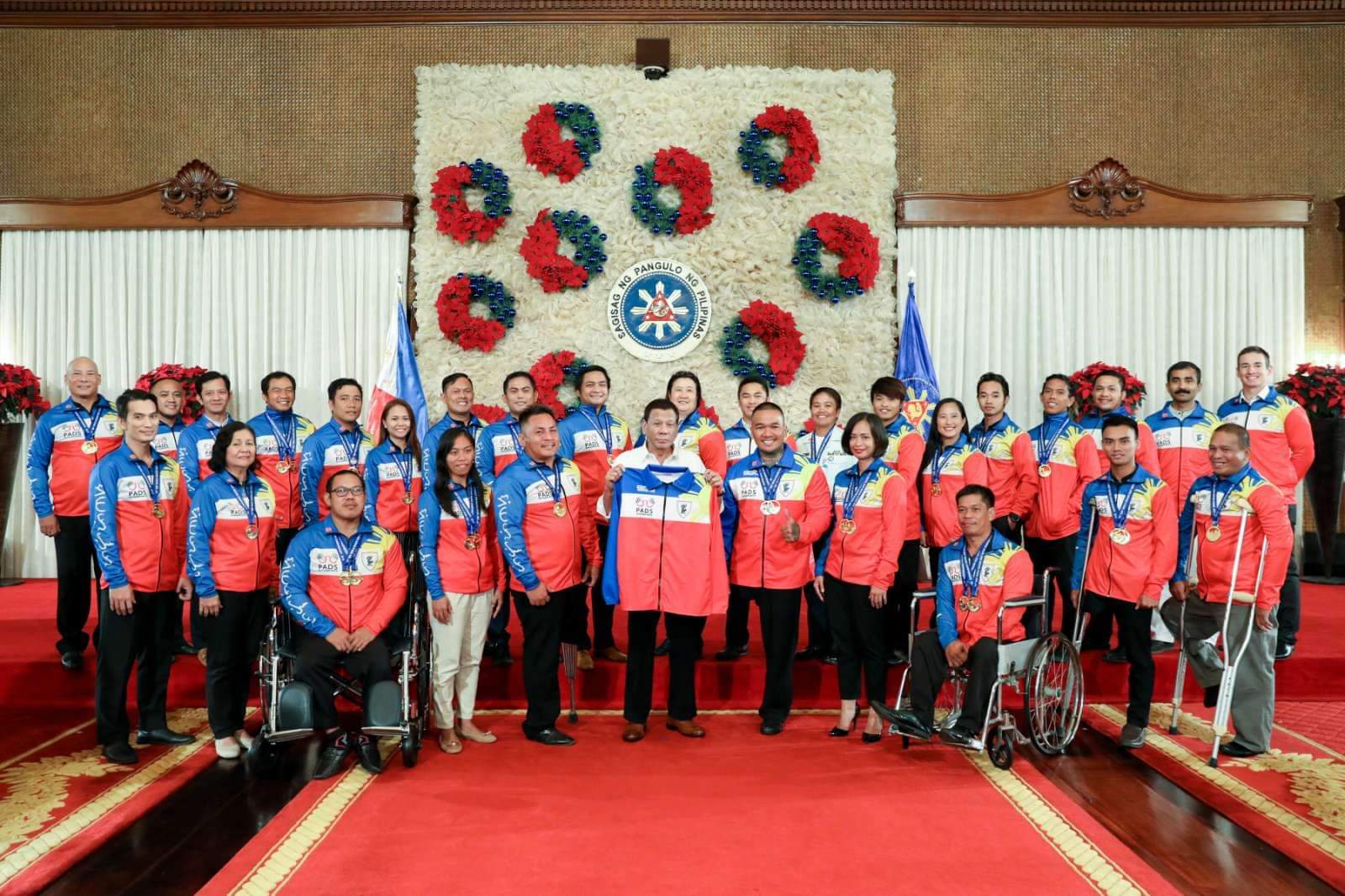 ” [We are] very honored and happy, all our sacrifices like waking up at 3 a.m. just to catch up with the 4:30 a.m. call time, training five times a week… it was really worth it,” said Arnold Balais, the team captain of the PADS Dragonboat Racing Team.

“The President also told us that he was inspired [by us]. It added more inspiration for us to even work harder,” Balais added.

The courtesy call was arranged by Secretary Michael Dino of the Office of the Presidential Assistant of the Visayas (OPAV) upon the invitation of Senator Bong Go, according to John Paul “JP” Maunes, team manager of the PADS Dragonboat Racing Team.

“A dream come true for our paddlers to set foot in Malacañan Palace,” stated Maunes, who is also the founder of PADS, in a post on his Facebook page.

“Because of PADS, I was able to set foot in Malacañang which I only saw on paper bills and on TV before. I feel very blessed that I have entered the Palace,” said PADS team member Eva Marie Cosep Noya said in the vernacular in her Facebook post.

It was a double treat for them as the next day, November 7, the team was honored as the Sportsmen of the Year by Esquire Philippines.

“I always tell my teammates to stay humble and be grateful for all the blessings. Wala na sayang amu mga hago kay (our sacrifices were not wasted because) no less than the President admired us. God is good all the time,” said Balais.

According to a post on the PADS Dragonboat Racing Team’s FaceBook page, President Duterte personally congratulated the team at the Rizal Hall of the Malacañan Palace for their achievement during the 14th IDBF World Dragonboat Championships held in Pattaya, Thailand last August 20-25, 2019. 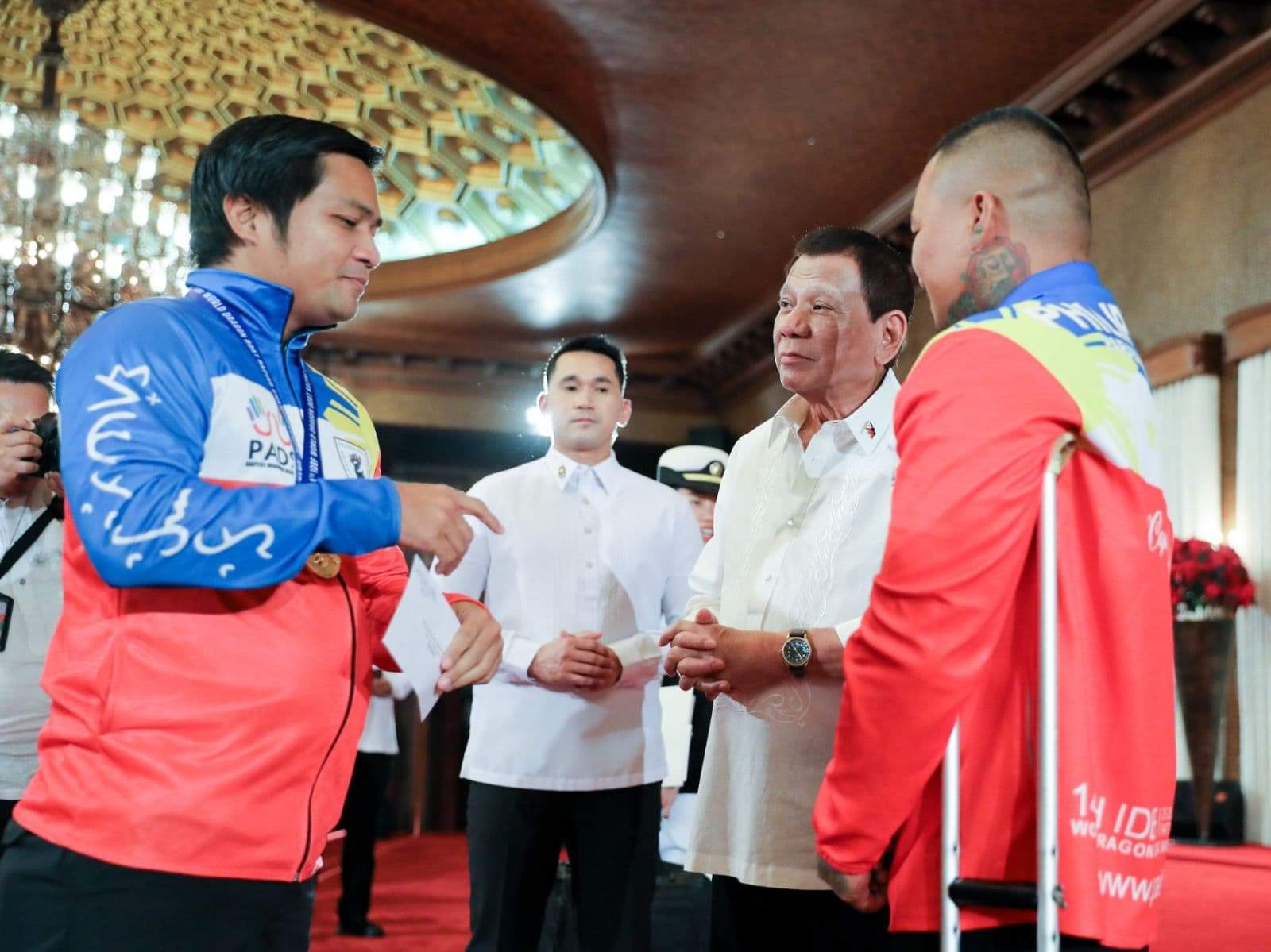 The paddlers of PADS represented the Philippines in the first ever paradragon division of the world championships and bagged four gold medals, which set a new world record.

They accounted for the only gilts that the Philippine delegation brought home from the world championships.

Duterte awarded the team a cash incentive of P500,000 and promised to sponsor brand new prosthetic legs for the amputee paddlers.

This is another dream come true for many of the athletes as most of them could not afford prosthetic legs.

(Our paddlers will no longer be ashamed in every international race and it is also a big help to their mobility and activities of daily living.) / celr