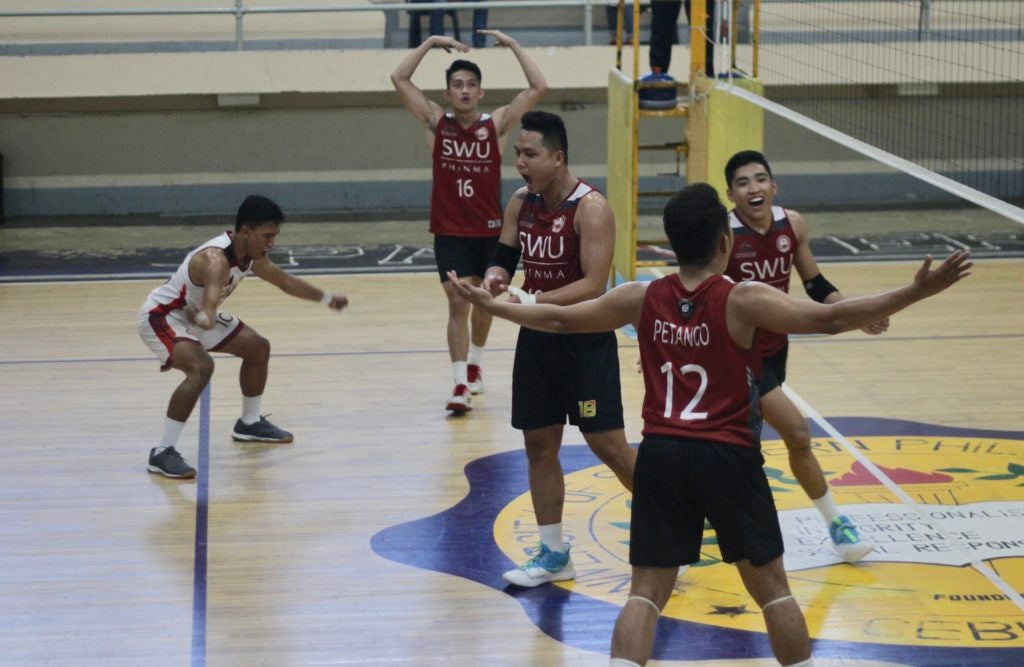 Mark Petancio (12) celebrates with his team after scoring a point in the finals against USC on Saturday, November 23, 2019. CDN Digital photo | Brian J. Ochoa

CEBU CITY, Philippines – In his last Cesafi season, Mark Kevin Petancio and the rest of the members of the Southwestern University (SWU) Phinma Cobras men’s volleyball team had a goal in mind.

They wanted to become three-peat champions of the Cesafi men’s volleyball tournament.

And, that they just did by sweeping their best-of-three finals series against the University of San Carlos (USC) Warriors.

(I really tried hard that the crown will not be taken away. We needed to accomplish the three-peat because it has been a while that no one has done that, it’s always been back-to-back. This time, we didn’t let the season go.) 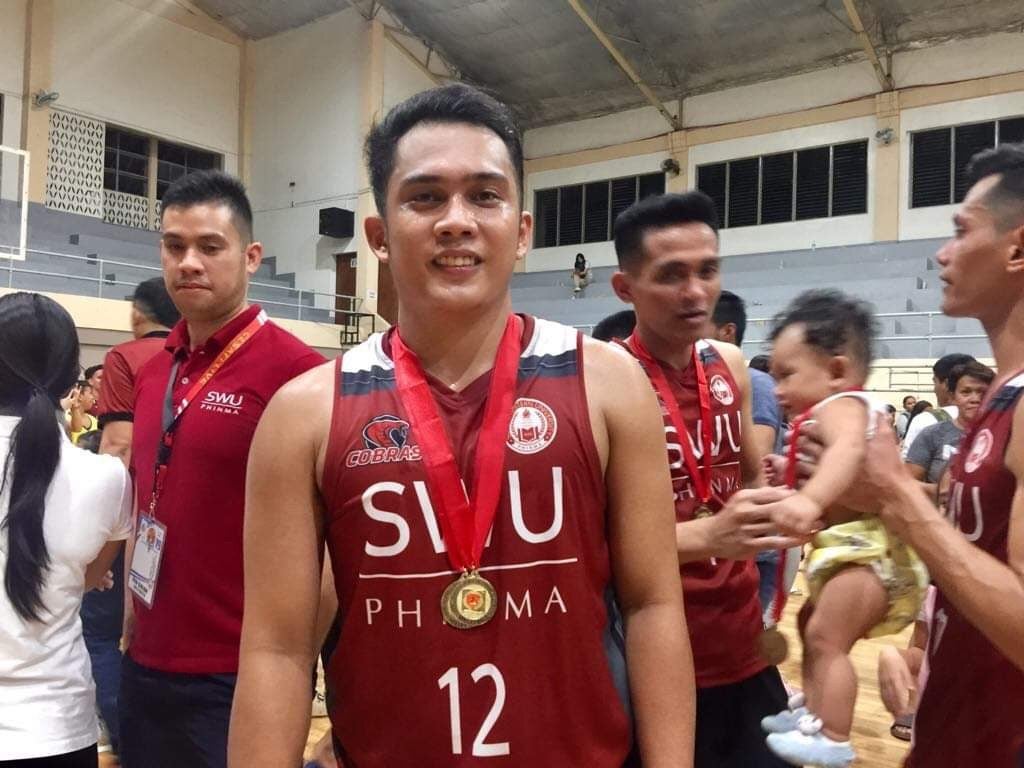 Petancio, who is the grandson of former national team member Thelma Datig, is actually a four-time Cesafi men’s volleyball MVP now. He bagged his first MVP award when he was still playing for the University of San Jose Recoletos (USJ-R).

(I am very thankful to God and the Southwestern community who is all out in supporting us, especially to my friends and to my family who is also always supporting me all throughout the season.)

Petancio added that he is dedicating the team’s three-peat title and his 4-peat MVP award to his family, who taught him to play volleyball since he was a young kid, as well as to the Southwestern community. / bjmo