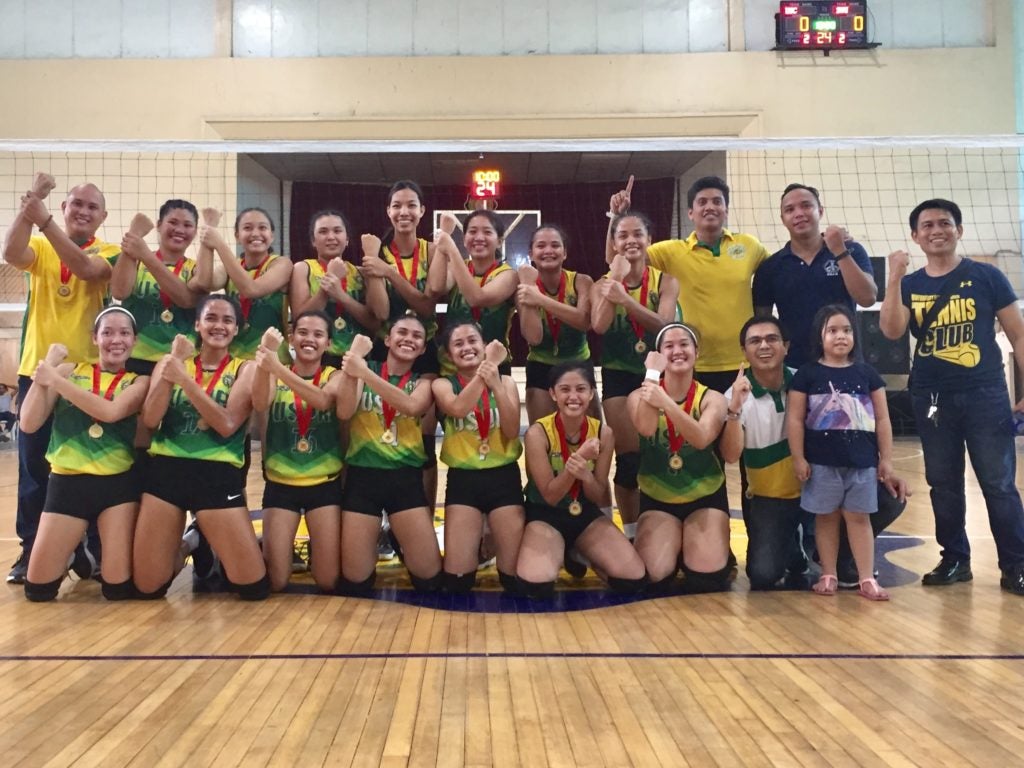 From the start, he wanted the team to aim for the title.

(When we first started, I made each of them set a goal. I worked on their mindset.)

The win capped off a perfect season for the Lady Jaguars.

(The result is we did not lose any game from the eliminations until now. We swept it. Perfect season.)

The Jaguars finished this season with an 11-0 record, including a 2-0 sweep of the Lady Cobras in the Finals.

Simbajon said it was a fitting finish for all the hard work that the volleybelles of USJ-R put in this season.

(The players deserved it, from their training, all their effort, all their sacrifices, at least it was given to them now. Credit to them and the support of the management and the school.)

As for Simbajon, this is the first time that he had returned to volleyball after 10 years. It is also his first time as head coach, and fortunately for him, it produced his first title.

(Always humble. At least we’re able to show what the heart of a Jaguar is, that’s really it. They did not give up, they continued to be brave.)

USJ-R’s Daniella Alfeche was named as the finals Most Valuable Player (MVP). She was also honored as the 1st Best Middle Blocker. 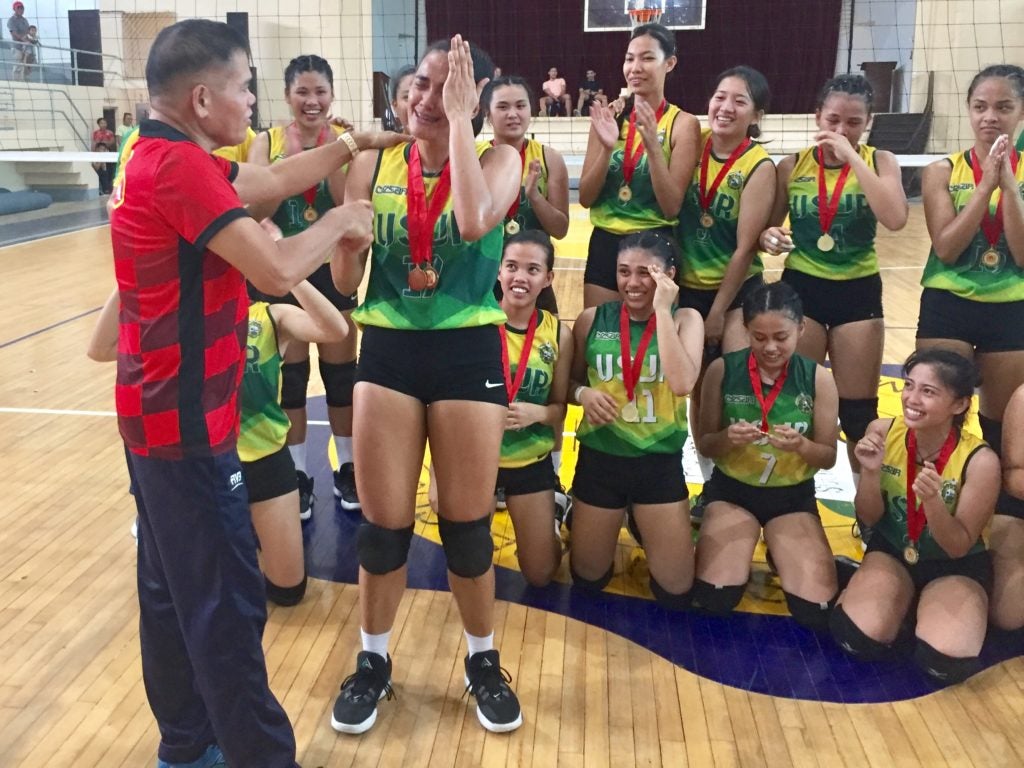 Other special awardees were Mary Louise Querubin of the University of San Carlos (USC) as the 2nd Best Outside Spiker, and USPF’s Jan Marie Gayo (Best Libero) and Charisse Sungahid (Best Opposite Hitter). /bmjo