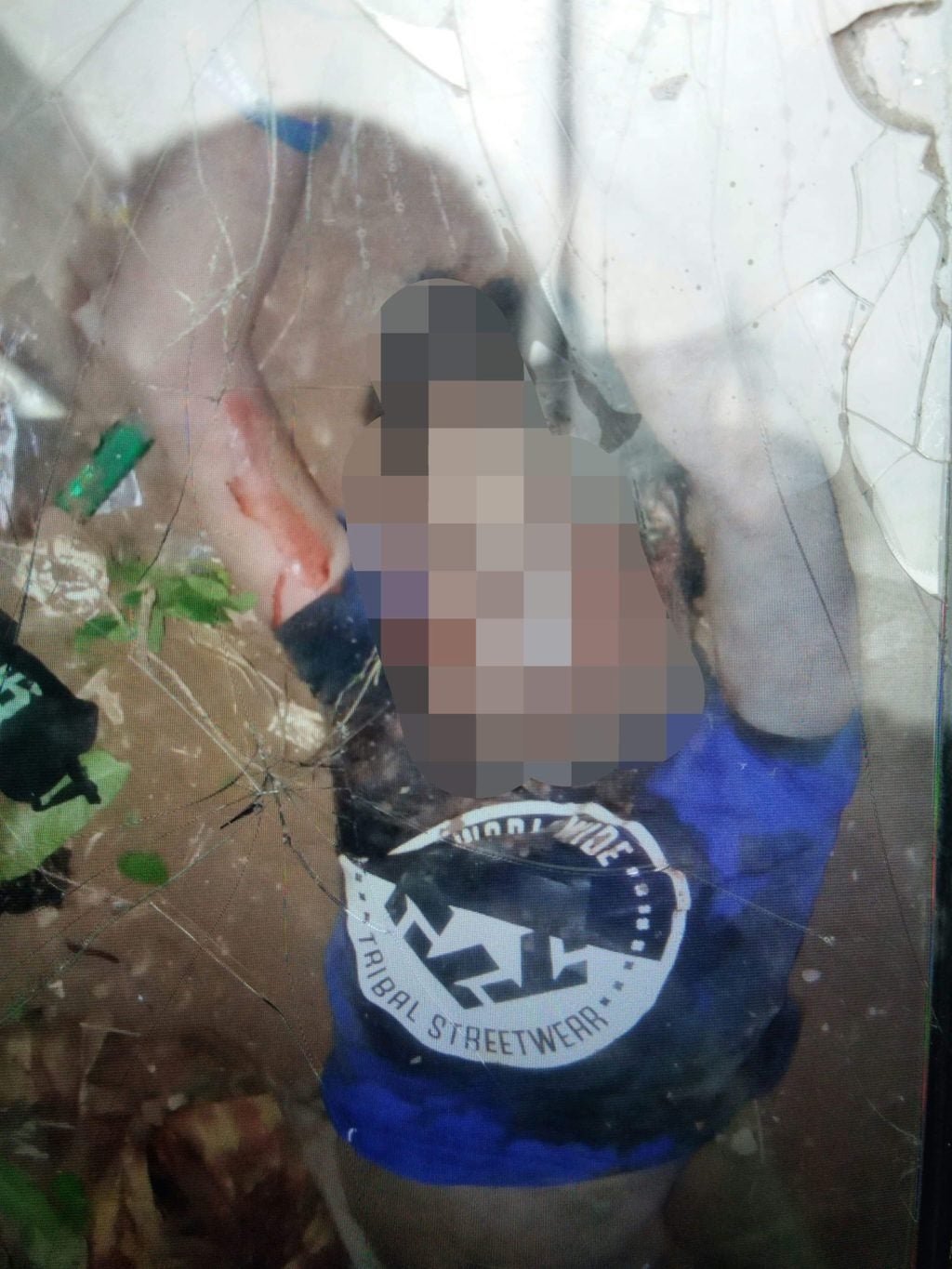 This is the body of the unidentified man who was found buried on a vacant lot in Talisay City on Monday, November 25, 2019.

CEBU CITY, Philippines—The Talisay City police are now looking into a person of interest who might be involved in the murder of a still unidentified man who was found buried in a vacant lot in Sitio Sambagan, Barangay Lagtang, Talisay City, Cebu, around 11:50 p.m. on Monday, November 25, 2019.

Patrolman Eleazar Belcina, investigator of the case, told CDN Digital that they received a text message from an anonymous person, giving out a name of someone who allegedly buried the unidentified man.

However, Belcina will not disclose the identity of the person of interest since they still have to verify the anonymous tip.

It was past 10 p.m. on Monday, when the Talisay City police received a message about a man buried at least three feet below the ground on a vacant lot in the said barangay.

When the police arrived in the area, they were able to confirm the report.

The body was starting to decay when it was dug out by the responding police officers. They said the body may have been buried for two days already.

Belcina said the man may not be from the area as the residents nearby were unable to identify  him when he was dug out.

The man was wearing a blue shirt and a pair of black basketball shorts. He was medium built and around 5 feet 5 inches tall. He had no tattoos in any part of his body.

Belcina said that they were unable to tell if there were any gunshot wounds in the man’s body as they will have to wait for the result from the investigation of the Scene Of the Crime Operatives (SOCO) team.

Although there are still no clear suspects, Belcina said that they are following on a lead but he did not divulge the details.

Police, though, is looking into illegal drugs as a possible motive since they found drug paraphernalia near the area where the body was found. /bmjo