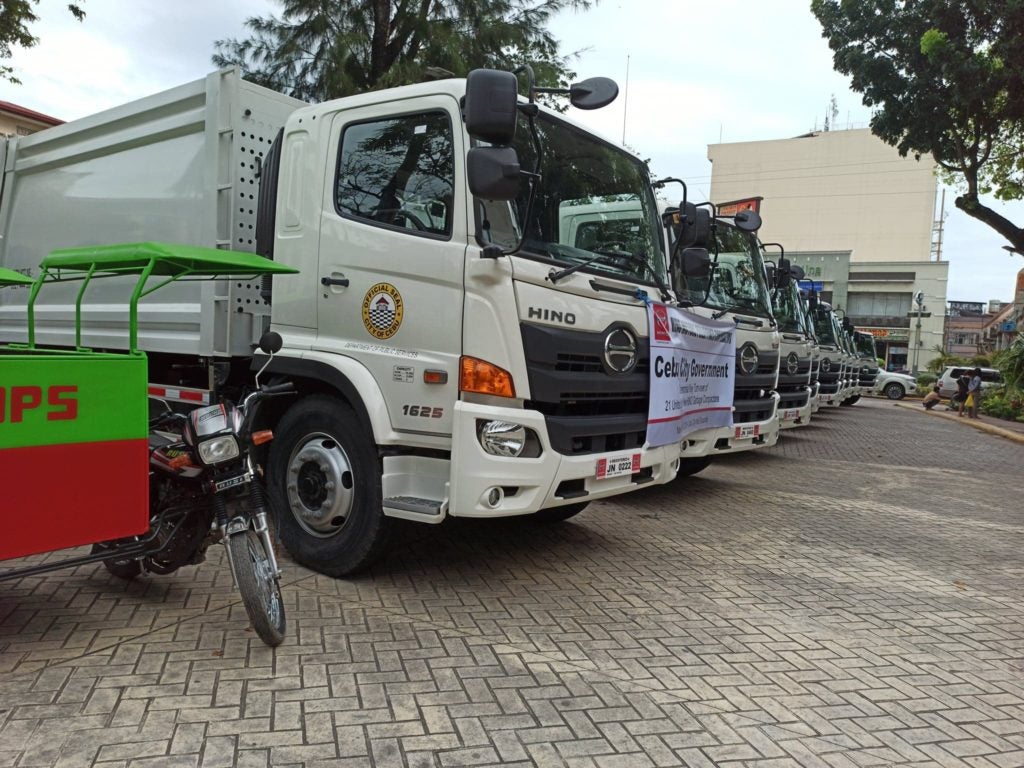 Some of the garbage compactor trucks turned over by Hino Motors Philippines Corp. to Cebu City government. | CDN File photo

CEBU CITY, Philippines –The village chief of Barangay Talamban in Cebu City said the fuel allocation from the city government is not enough to sustain their two garbage trucks.

In a letter to Mayor Edgardo Labella dated November 13, 2019, Talamban chief Dario Arcilla said their usual fuel allocation of 550 liters per month has been cut to 250 liters per month on October 2019. This is part of the city’s cost-cutting measures.

Arcilla said this allocation is not enough because their two garbage trucks need at least 1,100 liters per month to operate, and the barangay cannot afford to sustain them both.

The barangay chief said they cannot heed the directives of Labella to maintain the cleanliness of their barangays if they are not given enough fuel allocation.

Arcilla said they need the fuel allocation of 550 liters per month to sustain the two garbage trucks.

Mayor Edgardo Labella said he is willing to give the barangays more fuel allocation in a case-to-case basis. All they need to do is to make a request.

“They have to request the additional allocation. All those barangays, even if they belong to the other political party, if they request their concerns to me, I will always grant them,” said the mayor.

Labella already allocated P5 million for each barangay to buy new garbage trucks in September 2019 so the barangays can help clean the interior portions of the city corresponding to their jurisdictions.

He said the city will always extend help to the barangays if necessary to sustain the cleanliness of their areas. /bmjo

Your subscription could not be saved. Please try again.
Your subscription has been successful.
Read Next
WATCH: Choreographer dad gives three-month son a show, and a lot of netizens are enjoying it