WATCH: Choreographer dad gives three-month son a show, and a lot of netizens are enjoying it 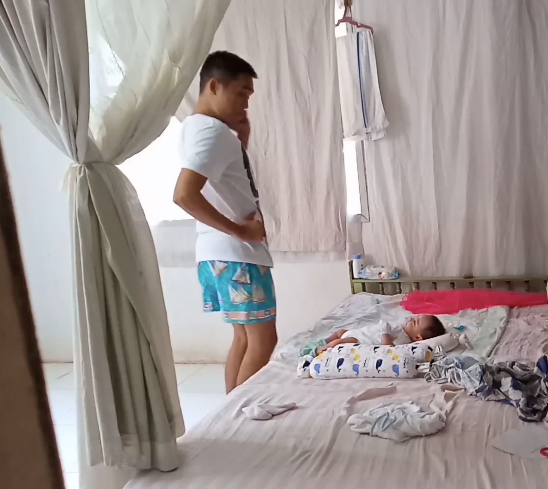 CEBU CITY, Philippines—What does a baby get if his father is a choreographer? A fun show just for him.

This video of a funky father dancing to his three-month son is making waves online.

Ariel Sarino, a 26-year-old professional choreographer from Butuan City, shared this priceless moment between him and his son, Apollo, recorded in the afternoon of November 25, 2019.

“I was just filming my baby while carrying him and suddenly he cried [so] I put him down. Then I danced.  This has become our daily routine if momma is not around,” says Sarino.

Apollo’s mom is a front desk officer of a hotel in Butuan.

Ariel said Apollo loves to see him dance and would sometimes kick and raise his hands as well as if he is dancing  with his dad.

What’s interesting is that in the comment section of the video, a lot of mothers have been tagging their partners, as if challenging them to do the same.

Now fathers, are you up to the challenge? Send us a video and let’s see your dancing skills. /bmjo